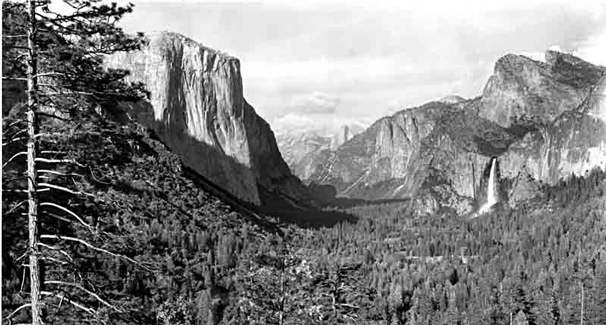 It’s a sad state of affairs, but increasingly common in the US, that photographers on every level —  from professional to DSLR hobbyist to iPhoneographer — are prevented from shooting whatever they want, wherever they want, in the public space.

Texas Republican Steve Stockman (who left office after the last session ended) made an attempt to end photographer restrictions with HR 5893, otherwise known as the Ansel Adams Act, introduced on January 2, the day before the end of the last Congress.

The bill explicitly states that “still and motion photographs are speech” and that government attempts through threat and intimidation to prevent people from photographing or otherwise recording in the public space violate the First Amendment to the US Constitution.

The statute acknowledges the pioneering work of Ansel Adams who, through his photographic documentation of Yosemite National Park, generated massive public support for that land being incorporated into the National Park System.

The bill states that the US government has increasingly restricted the right to photograph in national parks, public spaces, and government buildings. It also calls out impediments to photographing police and other public employees.

Those who defy such regulations can face threats of  “seizure and forfeiture of photographic equipment and memory cards, and have been arrested or threatened with arrest for merely recording what the eye can see from public spaces,” the bill states.

More pernicious is the atmosphere of intimidation where even without explicit regulations, “Federal law enforcement officers, other government personnel, and private contractors have been instructed to prohibit photography from public spaces, and threatened photographers with arrest or seizure of photographic equipment.”

The bill states that if a federal agency seeks to restrict photography, it should obtain a court order that outlines any national security or other reasons for that action.

HR 5893 had been referred to the Oversight and Government Reform, Natural Resources, Agriculture, and Judiciary committees.

The irony is that despite the laudable aspects of this legislation, it was introduced at the tail end of the last Congress by a well-known anti-environmentalist who has since left office. The bill had no co-sponsors.

Hopefully, we’ll see a resurgence of interest in photographers’ rights in the new 114th Congress, and a similar bill introduced in the Senate.

Read next: Hands-on with the redesigned LG G Flex 2