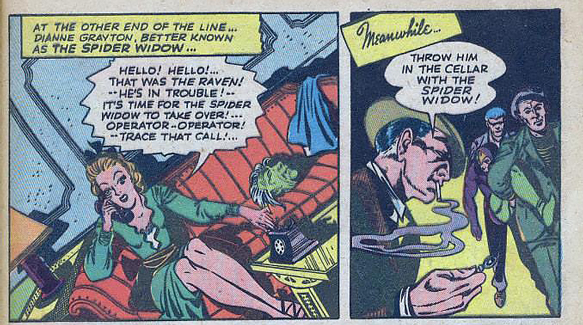 Like comfort food, comics have a capacity to sooth the soul. And while there are plenty of places to purchase new and used comic books, wouldn’t it be nice to be able just download some you probably haven’t heard of or seen before?

The Digital Comic Museum knows that feeling and has obliged by making a vast quantity of vintage comics available for download free of charge. These are not just ordinary comics, but rather genuine vintage editions, many of which are exceedingly rare and obscure.

That’s because all the comics featured are in the public domain and copyright free — which also means they’re old. The cutoff copyright date is December 1959, for example. Not surprisingly, many comics represent the mindset, politics and concerns of their era and some are not particularly politically correct, at least by current standards.

But that doesn’t mean they’re not a hoot.

Within those parameters, there is a large list of some 50 available publishers, so you can narrow down a search for a title from a particular publisher, if you want. The site also has header boxes listing the top five latest uploaded, top rated and most downloaded comics.

Each comic listed and available has been curated for its copyright status as well as its quality, and then scanned and made available for individual download free of charge.

The comics are listed in alphabetical order according to publisher in discrete sections. Each item available has a rollover popup image so you can see a cover preview before you choose to download.

Be sure to download a comic reader to actually view the files on your computer. I used Comic Reader for the Mac to open and display the compressed CBR file format, for example.

Read next: Google is reportedly shutting down its Russian engineering operations