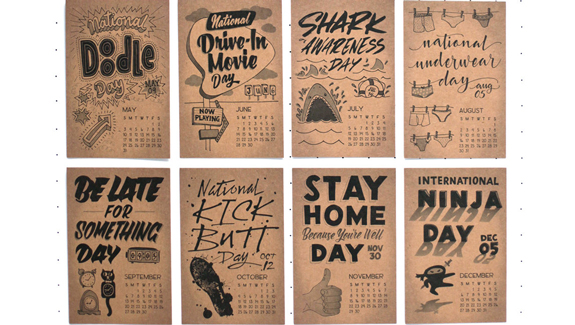 In case you were wondering, there is actually a National Be Late For Something Day (US, September 5). And while that late part might be an everyday reality for some people (three fingers pointing back at me), it’s nice to know that someone else out there can appreciate its significance.

And that’s only one of more than a dozen cool commemorations celebrated by the 2015 Calendar of Silly Holidays, designed by Annica Lydenberg, owner of Dirty Bandits design shop in Brooklyn. 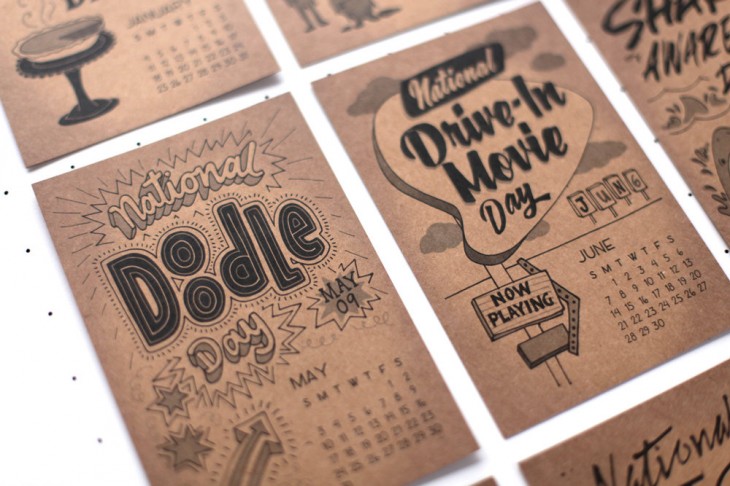 In addition to Napping Day, my other favorite is National Kick Butt Day, which given that I work at home alongside three rather judgmental felines, I am frequently the target of at least some questionable stares and an occasional meow when lunch is — late.

Note that these holidays are not necessarily confined to the US. Commemorations are included for World Penguin Day, International Ninja Day and many other intriguing but generally overlooked holidays.

Read next: Facebook partners with ABC for exclusive one-minute newscasts