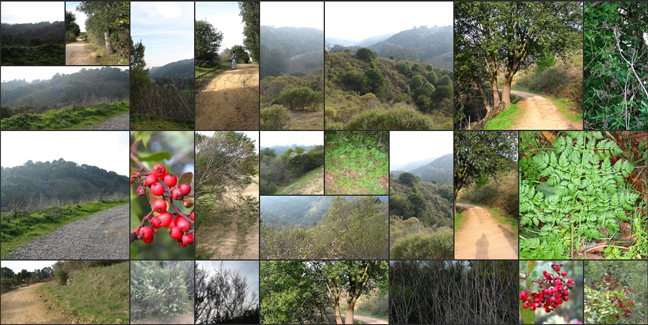 Digital photography and social networking are inextricably linked, but not always in a good way.

As people shoot more and more photos and share them across multiple social networks, personal collections get harder to keep track of — especially if you factor in the auto upload features of storage and sharing networks like Flickr, Google+ and iCloud.

Kwilt, a new iOS app released today, cuts through the confusion with an aggregation service that accesses nearly all the photos you have stored in the cloud and on your devices, displaying the images you have and their location in real time in an attractive scrolling layout — designed as a virtual quilt.

“Kwilt is a cloud of the cloud,” Marc-Antoine Benglia, Kwilt’s founder, told TNW. “iCloud will give you what’s in your Apple account, but not what you have in Dropbox or Facebook or Flickr.”

This connection is a service, not storage, and that is the difference between Kwilt and other apps like Flickr or Trunx. It does not store your photos, but accesses them from other servers. Users can then sort by file name, location or specific source to locate specific images.

“We link but don’t store images. Our expertise is indexing and remotely accessing the images so you get what you want when you want it in a very lightweight system,” Benglia said.

Under the hood, Kwilt’s server technology combines with APIs to aggregate and process content, with servers to maintain storage links, and with app technology to deliver content in real time. Its cloud-indexing engine and optimization technologies ensure that your photos are available.

“We don’t change any habits of the user. We index all of the content and create a master table in the cloud and then quickly output that index back to the palm of your hand,” Benglia said.

In addition to accessing images, Kwilt users also can select and organize groups of photos to build albums from across different services and design a collage that can be saved to the Camera Roll and shared with friends. Using a feature called Kwilt Capture, you can save and share original custom Kwilt images. Users can view each photo’s metadata location, camera, file size and focal length.

Currently, images can be beamed to a TV via Airplay, Chromecast and Web OS (LG and Panasonic). Next year, Benglia says Kwilt will expand to encompass video and music files, enabling users to play media on the go, beam to a nearby sound system or TV and share files with friends via social media.

And, as the Kwilt services expand the company plans to offer storage for a fee on PC, Mac, iOS and Android.

“Once these things are all indexed and aggregated you can imagine what you can do with them. It’s kind of a Google for your personal photos,” said Benglia.

Kwilt is available for free for iOS 7 and iOS 8. An Android version is under development and slated for release in 2015. Users can download the app for free until January 1. After that, it will cost $2.99 to remove ads.