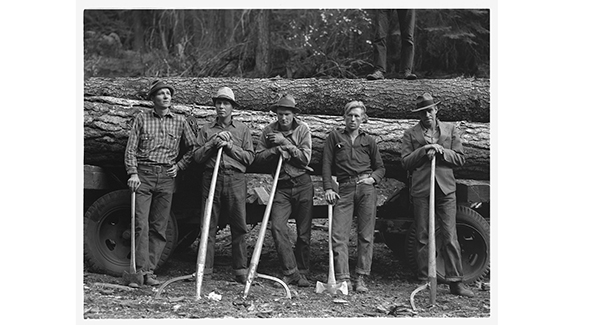 Given how dark the world looks right now, sometimes it’s hard to fathom the suffering of times past. By any standard, the era of the Great Depression, roughly spanning the decade before World War II, qualifies as a time of extreme hardship worldwide.

For the technology of the time, the Depression in the US was quite well documented, particularly by some outstanding photographers who were employed by the US government’s Farm Security Administration and Office of War Information — the largest photography project ever undertaken by the US government.

And now those photographs are easier than ever to search and find with Photogrammar, Yale University’s searchable archive of 170,000 photographs from the Depression era. This fascinating website, developed by Yale’s Graduate School of Arts and Sciences, makes available an interactive entry into the Library of Congress’ digitized photo archives.

Clicking onto the site brings up a full map of the US indicating where, how many and by whom the photos were shot. Zoom into the map for two visualizations: one by county (including Alaska and Hawaii) and the other by photographer. The geographical map is color coded according to image density.

A slider bar lets you isolate the years you want to see while a pulldown menu lets you search by photographer — including the famed Carl Mydans, Dorothea Lange, Gordon Parks, and others. Clicking on the map brings up an annotated description of which and how many photos you will see and clicking on the link takes you to the clickable images themselves.

Each image contains full data about the photo and its classification in the Library of Congress system for future reference. Photographers were meticulous in recording their location and in captioning the images.

If you know which photo you’re looking for, you can use the Search tab to enter information and quickly find your picture. The Labs tab offers additional details about the government’s classification systems, and includes an interactive Metadata Explorer that gives more granular data about the photos.

Read next: Minecraft is coming to PS4 and Xbox One this week (Update: Now available)