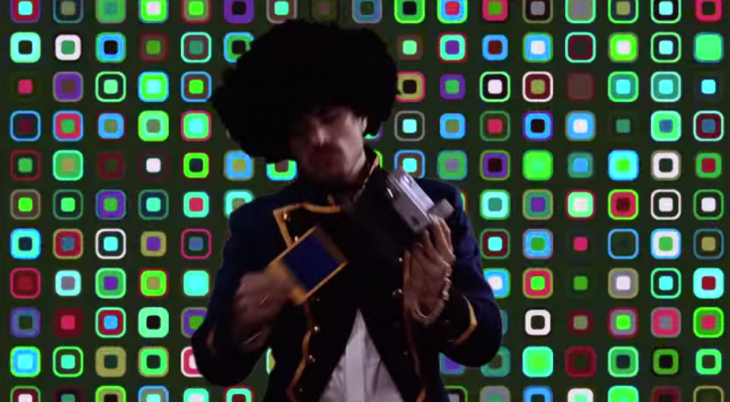 Boinx Software is already well known as a publisher of popular photo software like iStopPhoto, iStopMotion, PhotoMagico, and You Gotta See This. But now, it has turned to the Indiegogo crowd funded route to finance development of a crowd-sourced photo album app called PartySnapper.

Think of PartySnapper as a social photo wall to which every guest can contribute their own shots to a central collection. PartySnapper has both a photo taking mode for guests and mode for the host. Whenever a guest takes a shot, it’s wirelessly transmitted to the host’s iPad or iPhone and then added to a slideshow that plays on a TV or projector connected via AirPlay or cable.

An added advantage is that hosts no longer need to rely on guests to send photos via various methods like email, Dropbox, sharing via Flickr, or other methods because they’re  already on your device.

Boinx estimates that design, development, and marketing of PartySnapper will cost around $60,000, or three times the $20,000 it’s trying to raise with the Indiegogo campaign. Moreover, the concept is already underway, as Boinx employee Bastian Wölfle (aka Dr. Term T. Bowman Ph.D.) actually built a prototype for his 2011 wedding.

If all goes well, Boinx anticipates an August release date. It certainly looks promising. Boinx reports it raised some 14 percent of its $20,000 campaign goal in about four days.

Contributors can choose from a variety of PartySnapper signature perks, such as an iPhone 5 case, Authentic Bavarian beer stein, and a listing as an executive producer of the app.

Possibly the coolest is two tickets to the Boinx Oktoberfest party on September 22 in Munich, for one (or two separate) backers. It includes food, drink and a one-night accommodation on September 22 for two people in a double room (excluding travel and travel expenses to Munich). Special investment levels are available to Tim Cook and Mark Zuckerberg (for a cool billion, Mark gets the keys to the Boinx office—and a hoodie).

Read next: 10 tips for setting up an international PR strategy