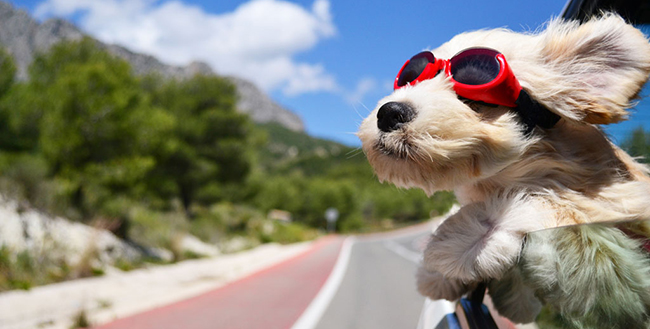 Alexander Huls is a freelance writer who has been writing about pop culture for over five years. His work has appeared in the New York Times, the Atlantic, National Post, Film School Rejects, and more. This post was originally published on the Shutterstock blog and has been reprinted with permission.

Having one of your images or videos go viral can change your business in mere hours. And while that may be easier said than done, Reddit often makes it look simple. The site has become one of the most consistent places from which pictures and GIFs go on to be seen by millions of people.

For the uninitiated, Reddit is a kind of social networking bulletin board with 112 million unique page views per month. It’s divided into sections called subreddits, where members can vote on shared content, and one of the most popular is the image-based r/Pics. With nearly 5.7 million subscribers, it’s the starting point for many of the viral images that go on to populate your social media feeds.

While there’s still a degree of unpredictability as to what takes off, there’s a lot to be learned from the images that do. We examined some of the site’s most popular images and looked at what tips they can offer to help your own become the next Internet sensation.

Studies have shown that creating an emotional connection is a big factor in determining what goes viral. In other words, aim for our hearts. That’s exactly what this image of three generations of dads with their children does — not just in the way it makes us recall our own affection for our families and their histories, but also in its comforting underlying message: the more things change, the more they stay the same.

It’s rare to see advertising go this viral on Reddit, but it’s easy to understand why this did. The image of an athlete’s journey from tragedy to triumph tells a powerful story in a highly creative way. More importantly, it’s the kind of inspiring tale we’re always drawn to — one about the perseverance of the human spirit.

We all love sunsets. They’re one of the best ways to gain attention on Instagram. But the lesson you should take from this jaw-dropping image of an ancient city isn’t just, “use sunsets” — after all, the Web is full of sunset pics. The real lesson is that one of the best ways to achieve viral success is by showing people something that makes them think, “My friends have to see this!”

The Grand Canyon is an American icon — which means we see pictures of it all the time. Which also means those images don’t necessarily grab the public’s attention the way they once did. And yet, this photo of something we’ve seen countless times got a huge viral lift. That’s because it offers viewers a new and unexpected look at a familiar subject.

At first glance, this looks like a photo of an eye staring through soap suds. On closer inspection, however, it’s just a shot of water going down the drain. It’s not the subject itself that makes this photo effective, but the audience’s first and second responses to it.

Seeing an eye where there isn’t one is an example of pareidolia, the psychological phenomenon that occurs when we perceive significant patterns or images where none exist. (It’s the same reason we see shapes in clouds.) It forces us to take a second look, and once we realize we’ve been fooled, we want our friends to be fooled, too.