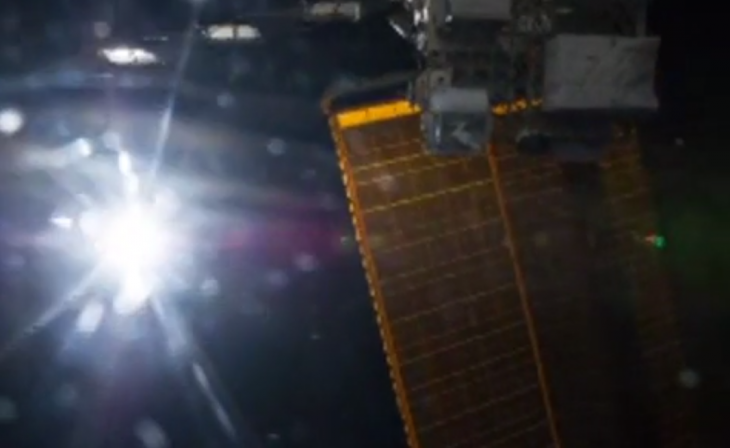 Here’s one small step for man and one giant leap for social media: Astronaut Reid Wiseman has posted the first Vine video from space.

As you’d expect from an out-of-this-world Vine, the clip is truly epic. Wiseman, who apparently deserves the name, time-lapsed a single orbit around the Earth from the International Space Station while riding parallel to the terminator line, which separates day and night on our beautiful planet.

The result is mesmerizing. I could watch this for days, which is fitting because, after all, you’re really just watching the earth rotate around the sun.

In case you’re wondering, the first human tweet from Outer Space came back in 2009. Now all we need is for an astronaut to Snapchat an ISS selfie. Wait, actually forget I said that.

Read next: Instagram confirms that its service is down for some people due to a 'server issue' [Update: now back]