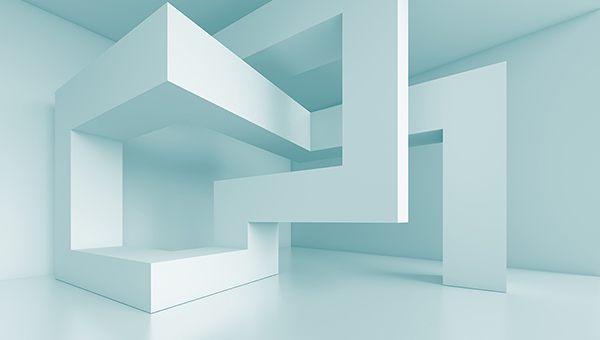 Jordan Forrest is a freelance writer. This post was originally published on the Shutterstock blog and has been adapted with permission.

Using a machine to print an object from scratch may sound like something out of a sci-fi novel, but the concept has actually been around for more than 30 years. As 3D technology continues to evolve and become more accessible (it even has its own category on Amazon), the possibilities of what it can do are seemingly endless.

Here are 10 cool things already being printed in 3D — and no, none of them are guns.

One of the most magical parts of the Harry Potter series — for food lovers, anyway — was how the food served at Hogwarts’ Start-of-Term feast automatically replenished itself. With 3D printing, it’s now possible to do almost exactly that. NASA was one of the first to jump on board, funding the development of a fully functional 3D food printer in order to feed astronauts in space.

Now it seems like 3D-printed food is everywhere. Even students like Marko Manriquez, maker of the Burrit0bot, are coming up with new treats to print.

Printing dirt may not sound very cool at first, but as Professor Wilfred Otten explains, “What we often forget is that everything above ground relies on the soil it stands on — it plays a major role in food security and the carbon cycle.” Scientists at the UK’s Albertay University have begun printing intricate 3D images of soil structures in order to better understand the ways in which fungi and bacteria interact within them.

Real-world crime-scene analysis isn’t exactly the fast-paced, high-tech drama shown on TV. However, that could change soon — at least, the high-tech part. A police department in Roswell, New Mexico, recently acquired a Faro 3D scanner capable of creating both digitized, panoramic views and small-scale models of crime scenes. This technology can help law enforcement and investigators improve their ability to analyze a scene and display it to juries in the courtroom.

Oxford Dictionary’s Word of the Year isn’t going away anytime soon, and companies like Shapify and Cubify are taking advantage of this popular trend by offering folks a way to print miniature 3D models of themselves from the comfort of their own home. From custom bobbleheads to wedding-cake toppers, you can put yourself in pretty much any position you like.

One of the most valuable things to come out of 3D printing is the ability to create low-cost prosthetic limbs for amputees, like Sudanese bomb-blast victim Daniel Omar. The prosthetic arm Omar received cost only $100 to produce, and was printed in around six hours.

Talk about turning it up to 11. It’s now possible to create a working instrument made out of 3D-printed parts. MIT Media Lab researcher Amit Zoran printed a working flute, while German firm EOS printed a polymer-based violin.

Although there’s some debate around whether or not they sound as good as their traditional counterparts, it’s hard to deny the coolness factor of a 3D-printed instrument.

Imagine buying a pair of shoes online and, instead of waiting on a package to arrive, all you have to do is click “print.” Before long, that could become reality. Although 3D clothing may not be available yet, it’s already begun to take the fashion world by storm.

Approximately 18 people die every day waiting for an organ transplant. However, advances being made to the 3D printing of human tissue may soon change that. Scientists have already been successful at printing a human kidney, as well as body parts like ears, bones, and blood vessels.

Ever wished there was a way to immortalize all of those colorful drawings tacked to your fridge? Crayon Creatures is an online service that uses 3D printing technology to bring children’s artwork to life, by turning drawings into unique sandstone figurines.

Simply snap a photo of your kid’s handiwork and upload it to the site. The entire process, from order through delivery, takes about three weeks and costs $130 plus shipping.

Education just got a little cooler. With the help of 3D printing, the Smithsonian Institute has made it possible for teachers — or anyone else for that matter — to examine, manipulate, and print exact 3D models of historical artifacts like a fossilized Wooly Mammoth or a replica of Abraham Lincoln’s head.

Read next: The best typefaces from April 2014