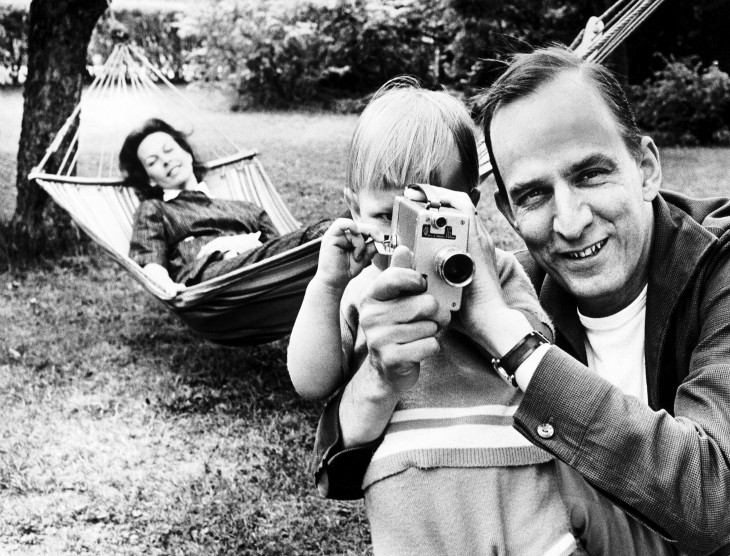 Vine ushered in a new era of quick, sharable videos shot and edited with a mobile device. Instagram followed suit last summer and today, Hipstamatic is joining the fray with a new iOS app called Cinamatic.

The premise isn’t exactly revolutionary. You can capture one, or multiple square-format shots in quick succession and then instantly stitch them together for a slick-looking video. In line with its Hipstamatic and Oggl photo-sharing apps, the team has also developed a catalog of analog-inspired filters to give each short masterpiece a retro feel.

Initially, there are five to choose from – Darwin, Andrei, Marc, Bennett and Robert – and each of them reflect nostalgic film cameras from decades gone by. They’re all wildly different and stand out from the current crop of filters on Instagram. With monetization in mind, Hipstamatic is selling Cinamatic for $1.99 in the App Store, alongside extra filters in its own digital marketplace.

The capture process is the same as Instagram and Vine – tap and hold to record a shot, before releasing your finger to create an edit. At the moment, the app doesn’t support individual shot deletion though; you’re only option is to start over when you inevitably mess up.

Videos can be anything between 3 seconds and 15 seconds in length, and Cinamatic supports sharing to Vine, Instagram and Facebook. It’s worth noting that unlike Oggl, Cinamatic doesn’t have its own social network or feed – the app is set up specifically for sharing elsewhere.

Hipstamatic was a landmark app for the iOS platform. It predated many popular photo-editing and sharing apps, with interesting filters and an innocent, joyous feel. With Cinamatic, the company is no longer a pioneer – it’s playing catch-up to Vine and Instagram, which have already accrued a colossal base of users.

As VSCO Cam has shown in the photography space though, there’s a demand for mobile apps that offer simple tools and incredible results. If Hipstamatic can do the same for video, it’s certainly possible for Cinamatic to be a success.