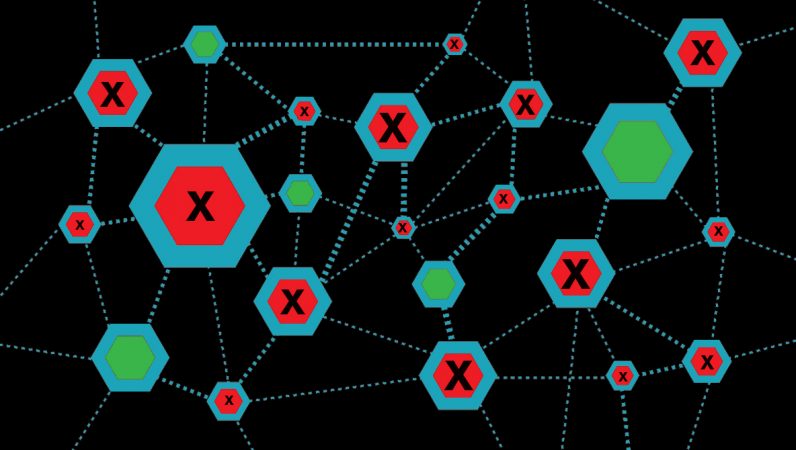 The enormous number of solutions we see being brought to market under the moniker of blockchain is absolutely astounding. Yet, it’s not inconceivable when considering the amazing potential of the underlying architecture. The use cases for blockchain span across industries and geographical boundaries, helping push its popularity. Most importantly, now that the ecosystem is beginning to mature, new services and products are capitalizing on the industry’s existing weaknesses.

Take, for instance, cryptocurrency transactions. If you’re an avid cryptocurrency investor, chances are you’ve experienced more than your fair share of frustration associated with processing times and clearing trades. Enter second layer solutions like the Lightning Network, which are attempting to solve this critical issue, helping us use cryptocurrency as it was intended.

Although blockchain delivers significant benefits, namely trustless transactability and immutability which help guarantee us a more secure environment for interacting, integrating, and connecting these decentralized systems is concurrently growing in difficulty. If we continue to focus exclusively on valuation and ignore compatibility, blockchain could prove to be its own Achilles’ heel, limiting the architecture’s potential in relation to its ambitions of banking the under-banked and ushering in a new era of democratic systems.

Imagine, for a second, moving assets from one chain to the next, a complex process that is fraught with many risks. Whether loss of value due to volatility or confusion over similar wallet addresses — as evidenced by the Bitcoin and Bitcoin Cash debacle — trying to exchange values between blockchains is a headache in the best of cases. It often means that you have to take an asset off one chain, find an intermediary to move the asset from one venue to the next, and then finally onto another chain.

Apart from lacking connectivity, the length of time it takes to record, process, and clear transactions means that most of blockchain’s legacy currencies have not cleared the hurdles needed to unseat government issued currencies or gain enterprise adoption. Even so, these inefficiencies have motivated innovative solutions for overcoming compatibility issues, improving connectedness across the entire ecosystem.

Merging the best of blockchain

Blockchain has sparked the introduction of decentralized applications that can touch upon nearly every aspect of our daily lives, whether commerce, logistics, finance, and even travel.  The high level of security in Bitcoin’s chain has catalyzed a wave of innovations that use the Bitcoin foundation as the as the base for other services.

By comparison, Ethereum’s construction as a platform for building decentralized applications (dApps), tokenization, and smart contracts sparked a second wave of innovation, helping us access services all while reducing the need to pay intermediaries and cutting costs.  Nonetheless, despite these notable advances, Bitcoin has struggled to meet its original objective due to scalability problems and slow transactability, and Ethereum suffers from negative publicity surrounding its high profile smart contract losses and security blunders.

One of the key beneficiaries of these disadvantages, NEO, has stormed onto the scene, building the infrastructure necessary to support a future smart economy. NEO is in the headlines quite a lot thanks to it’s soaring price. While it mirrors Ethereum’s advantageous functionalities like hosting dApps and smart contracts, NEO has conquered the scalability problem plaguing predecessors thanks to its capacity to process 10,000 transactions per second compared to Bitcoin’s paltry 3.

Instead of waiting minutes or even hours for your transaction confirmation and clearance, NEO can accomplish the same feat in seconds. In addition, its unique architecture adds to security, with NEO believed to be able to withstand attacks from quantum computers.

Other innovations are tackling weaknesses from another angle. Bringing together the best features of different chains has long been a goal, with the early entrants into the space of interoperability like Qtum conquering perceived limitations. By integrating the Bitcoin chain with the Ethereum virtual machine, Qtum built a better smart contract solution for businesses, benefiting from added security and functionality.

The company is already one of the biggest players in the field thanks especially to its modularity and mobility. Its focus on lightening the load means you can even access applications and execute smart contracts directly from your mobile phone.

Adding scalability to the interoperability fray

Other companies are also taking intriguing approaches towards solving Bitcoin and Ethereum’s interoperability and scalability problems. Their goal is to facilitate cross-chain transactability and ease the flow of information. While second-layer solutions like the Lightning Network will help us alleviate some of Bitcoin’s sluggishness by promoting off-chain transactability, scalability is just one part of this equation.

Ardor, the brainchild of Jelurida, has taken a unique step towards opening the blockchain ecosystem for us even further through the introduction of child chains. Ardor has effectively built its own blockchain on which other chains, referred to as child chains, can be integrated to benefit from the main chain’s infrastructure and security.

Just like Ethereum, if you are a child chain developer, you can issue coins and build smart contracts. The one unique feature is that you can spend these coins on services within the network, unlike Ethereum-based applications which require you to pay for the gas required to run services in Ether instead of your application’s native token. By improving fungibility, the case for migrating decentralized applications to Ardor becomes stronger despite it being a lesser-known blockchain.

Furthermore, the major advantage of Ardor and accompanying child chains is the processing efficiency available from proof of stake consensus instead of proof of work. In effect, Ardor is unleashing a highly cost-effective blockchain solution that is already prepared to host your applications thanks to its smart construction and ingrained interoperability.

Driving interconnectedness in a decentralized environment

The idea of decentralizing activities to reduce the scope of middlemen is noble in theory, but unfortunately takes on a different reality in most blockchain ecosystems.  Despite the idea of eliminating gatekeepers, the fragmentation that currently defines blockchain-based solutions effectively means that intermediaries continue to disturb our push for greater decentralization.

However, these artificial walls and barriers are gradually being broken down by solutions that plan to ameliorate these characteristics, enabling greater fungibility thanks to improved interoperability. FUSION, a public blockchain, which recently raised $50m in under 24h, is launching a platform that plans to centralize decentralized cryptofinance by enabling the creation of multi-currency smart contracts.

By building a hub that can effectively operate with a large array of digital assets and ease their use in smart contracts to provide wide-ranging financial services, blockchain can effectively move us one step closer to servicing under-banked communities.

Thanks to its architecture, you can issue a loan to another user in one cryptocurrency via the platforms smart contracts and be repaid in the future with another cryptocurrency, building upon FUSION’s promise of inclusivity.  This degree of interoperability overcomes one of the most significant hurdles, which is helping us exchange value across assets that are not necessarily equivalent or pegged to a fiat currency.

Interoperability as a driver of adoption

Ultimately, the biggest factor that will drive our adoption of blockchain is not only is accessibility, but our ability to build bridges between disconnected systems. The solutions that are incorporating the concept of interoperability are advancing our collective cause, providing a tangible answer to the question of how to unify numerous decentralized environments while appealing for more commercial adoption.

Newer entrants to the blockchain environment are promoting the solutions necessary to broaden the scope of services while helping build the trust and security needed for enterprise-level solutions to modernize our outdated approaches. As a result, blockchain’s future will closely mirror our demands for greater scalability, better transactability, and improved interoperability to ensure that the entire ecosystem can finally realize the goals outlined at inception.