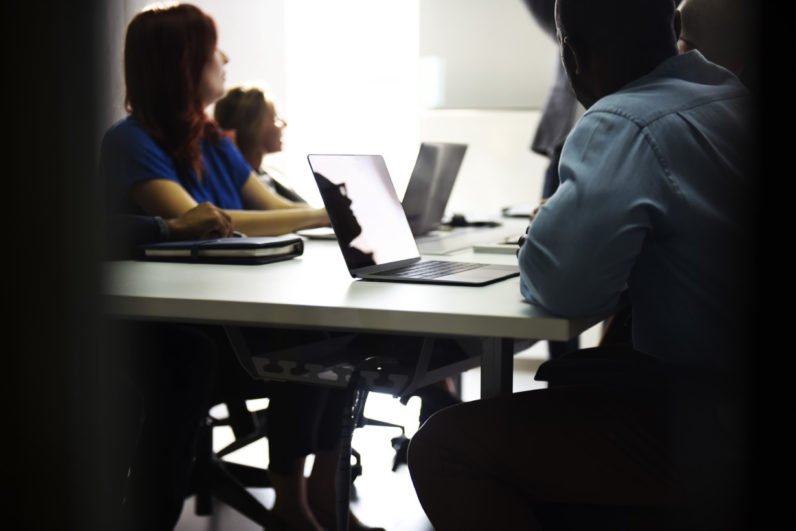 Last week, when I asked a female leader in tech to comment about the growing number of sex scandals that are popping up every month, she declined, full stop, sharing these stark words instead:

“Every time I speak up about this I feel very unsafe. And I’ve been warned my life could be threatened. So, I’m sorry, but I just can’t keep sticking my neck out for everybody else.”

That’s a loud reminder to how charged the topic is at the moment. In fact, sexism at the workplace represents a still very much understated cultural battleground. It’s so common that the young and burgeoning esports industry is already rife with violent threats and harassment against its professional female players, which the industry is lazily addressing by segregating the sexes into gender-based leagues.

Segregation is tantamount to ignoring the problem, tucking it under the rug, and so avoiding the problem altogether. Too bad you can’t do that in a commercial workplace.

Fortunately, there’s an opposing trend that has all to do with the growing sense of permission women are increasingly giving themselves to speak out and clash against casual misogyny and gender-based disrespect. Every time they do, it’s like a mini-explosion that serves as a cultural catalyst that accelerates things.

You’re missing the big picture if you think this is just about women. I can’t think of a company, an offering, or market that wouldn’t become all the more enriched and effective as a consequence to increasing gender reconciliation in the ‘free’ market.

As I wrote about back in February, when you ensure that both sexes are present throughout the various layers of a company’s organization, its offerings are conceived, developed, and positioned in a way that doesn’t unintentionally alienate half the pie of the population. It’s important to start looking at the major opportunity costs that are faced when women don’t have a seat at the table.

The status quo will naturally resist and the particularly bad apples will predictably turn even more rotten and sour when their deeply ingrained societal patterns are challenged. And women, like the tech leader I approached, may sometimes succumb to the pressure. But by and large, it’s a very positive sign that this bullying appears to be losing ground and is failing to quell the growing trend of women who, despite the associated taboo and consequences, choose to stand up to toxic cultures.

Indeed, it’s hard to miss the continual series of sex scandals that are being reported at flagship tech companies like Uber and, just earlier this month, the now infamous seed accelerator, 500 Startups, thanks to the now notorious Dave McClure. What exactly does it say when the most influential institutes in the startup and tech community, the ones we tend to look up to, are found guilty of cultural toxicity at its highest ranks?

The situation is more widespread than people tend to realize, particularly us men, and that it’s becoming a central theme that is now being seriously addressed is not because the industry itself is growing up and evolving. No, it’s happening because women are taking it for themselves. Every time they whistle blow about these repulsive incidents, episodes, or conditions, it’s like the whole collective community of women at the workplace gets catalysed that much more.

“One of the reasons I think this problem persisted so long is precisely because women were afraid to speak publicly about it and share real experiences and names with a wider audience.” Marija Butkovic, co-founder at Women of Wearables (WoW), told me. “Sometimes it takes a drastic move to achieve a small change, but even that is better than nothing. Women are not weak, it’s time we stop being silent as well.”

Toxic cultures can only persist and fester when there’s weak or no reporting about it, and that reporting only takes place when women give themselves permission to voice their opinions louder, clearer, and directly at the heart of the target so that action is taken immediately to detox the conditions or factors responsible. This is exactly what builds up the immune system of an organization’s emotional intelligence: when shit hits the fan and the organization has no choice but to deal with the unsightly warts head-on.

Each relatively explosive tech scandal is in fact a healthy sign of the growing pains companies need to get through in order to treat gender diversity as a major issue. Think of them as mandatory flu shots. A low-grade fever might accompany it, but you’re ultimately far better off as a whole moving forward.

“Even if these cases don’t bring drastic change for the position of women in the tech industry, they still move the needle on the actual awareness on the problem itself. We can expect to see things changing only when we start talking about it and when women start to speak up sharing their experiences.” Butkovic says.

Aside from encouraging a system that is immediately receptive, responsive, and proactive in untangling itself from the grips of ‘bro culture’ and the tendency to consciously or unconsciously turn a blind eye to casual misogyny as an institution, the other priority has to be on balancing the scales of gender parity in terms of sheer numbers. Women in tech are in serious need of backup.

Albrechten’s startup, which makes coding robots and action dolls for girls 6 and older, for example are running an ongoing workshop called “Tech Bro Guys” that matchmakes some of tech’s finest ‘bros’ with young female participants who they get to mentor. So, here’s a corporate volunteering program that is run by a startup in order to instil aspirations and an appreciation for tech as a more than viable career path for female youth. And all the while, the tech guys who participate in these programs will gain some first-hand perspectives that might have a positive and constructive influence.

There’s indeed lots of creative ways to do deal with the wider problem, if you really want to look for them, and those efforts will at least demonstrate an outward interest by companies in addressing sexism and the health of their company cultures. Sex scandals, on the other hand, most certainly point to a lack of real inner commitment to that ideal and can serve as a great alarm clock to take a deeper look under the hood and throw out what needs to go.

Read next: Train to use Salesforce to guide any business the right way — for only $59