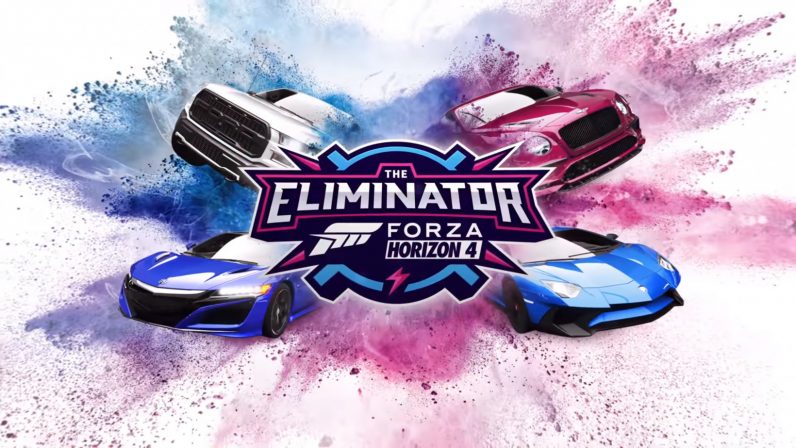 And it looks awesome:

Ah Battle Royale, the game mode that pits dozens of bloodthirsty maniacs against one another in a fight to the death. It’s become a near-ubiquitous staple of FPS games since Player Unknown’s Battlegrounds brought it to the mainstream and Fortnite made it a world-wide phenomenon. Until now, the closest thing racing fans have had to this kind of action is Rocket League.

We don’t have a lot of information to go on as of yet, but the blueprint for The Eliminator – as Playground Games is calling it – was already there in the form of global game events that saw players rushing to complete objectives and enter zones before time ran out.

The new mode appears to expand on those timed community events with more structure and a new drama system that features an ever-closing circle of death which forces drivers to stay inside the racing zone. Per the above video, players can follow on-screen and GPS indicators to race along a predetermined path, or risk going off course to find shortcuts and avoid aggressive players.

We know The Eliminator will feature up to 72-players and it looks like gameplay will span the base map, which covers Great Britain. Whether it’ll be available on DLC maps such as the Lego update remains to be seen.

In other update-related news for the upcoming series 17, Toyota will make its long awaited return to the Forza franchise with the in-game unveiling of the 1998 Supra RZ. This should signify the release of more Toyota vehicles after the new series begins tomorrow.

Forza Horizon has always been the arcade-esque answer to Forza Motor Sports‘ more serious racing simulation – though both feature the same excellent variety of vehicles and tight gameplay. Battle Royale might seem a bit silly for a racer, but the open-world, always online nature of Horizon makes it feel like a natural fit.

We’ll be diving in with the rest of you when the patch goes live tomorrow, see you at the finish line! You can play Forza Horizon 4 as part of Microsoft’s Xbox Game Pass subscription gaming service.

Read next: Netflix's newest original is a scripted series about Spotify