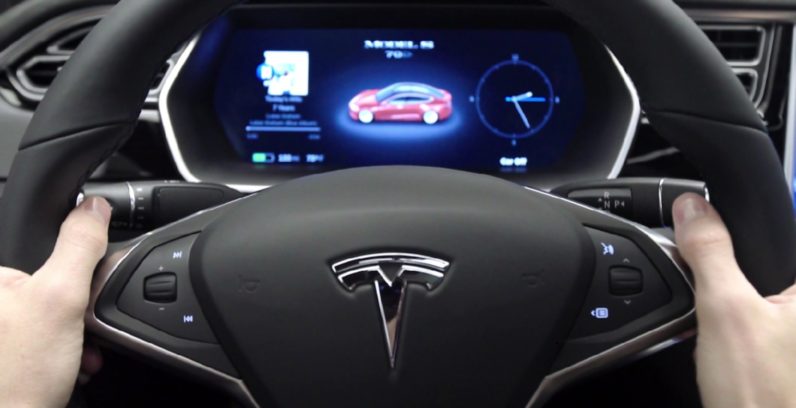 Chris Lattner isn’t a car guy. In fact, Tesla’s new VP of Autopilot software wants cars to be a little more like your refrigerator.

“I want to accelerate the path to cars being appliances that solve people’s problems,” he told Accidental Tech Podcast, an Apple-centric tech show.

Before coming to Tesla, Lattner spent 11 years heading software projects at Apple — like Swift, Apple’s built-from-the-ground-up programming language. Now, he’s tasked with improving Tesla’s self-driving technology by thinking outside the (gear) box and coming up with practical ways to solve new problems. The key, in Lattner’s mind, is to look at the challenges through the perspective of an ‘un-car person.’ Lattner says:

I’m personally not the kind of guy who loves doing oil changes and fiddling around with them. I just want something that is reliable, that works, ideally drives me everywhere I want to go, and I don’t have to think about it. It’s solving my problems, it’s not something I have to care for, feed and maintain. That’s the way I look at cars.

And maybe we should too. After all, the concept of owning a car could change drastically in the near future. As automakers push toward autonomy, it opens up a world of possibilities and many of these don’t require actually owning the car. Instead, you’d treat it as a form of public transportation, or an on-demand rental like Zipcar or Car2Go.

A decade ago none of this would have seemed likely. Upper echelon software developers went to work for the likes of Google, Microsoft, and Apple. They planted roots in the Silicon Valley, not America’s heartland.

Today, though, things have changed. Automakers worldwide are moving toward autonomy — whether complete or assistive — and seeking top tier talent to get them there. Lattner’s ‘un-car person’ approach could just become the rule, not the exception.

Read next: Concept art offers a glimpse into what the iPhone 8 could look like