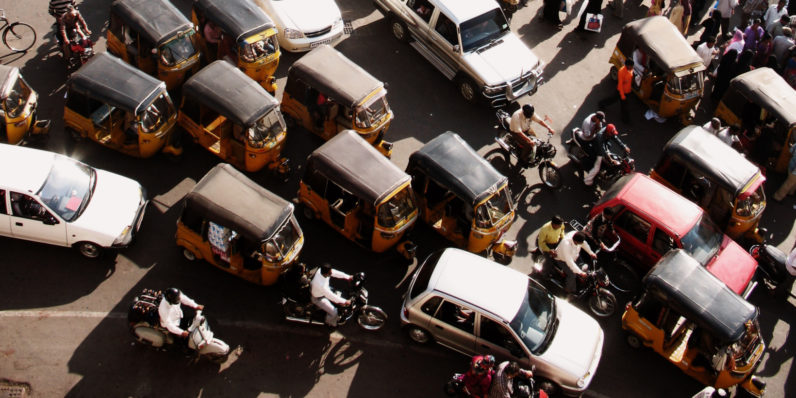 While Google, BMW, Tesla, Audi, Nutonomy and Uber are working feverishly to be the first to bring self-driving cars onto our roads, there hasn’t been a lot of noise about autonomous vehicle tech in developing countries – until now.

India-based engineering firm Tata Elxsi announced today that it’s gearing up to begin testing its own self-driving system in the southern Indian city of Bangalore. Although it isn’t building its own cars, the company (which is part of the Tata Group that also runs power, steel, communications and software businesses and racked up revenues crossing $100 billion in 2015-16) told Business Standard that it’s already started trials with two sedans at a facility on the edge of town with its custom kit consisting of LIDAR and radar, as well as cameras and sensors that feed data to a centralized processing stack.

If it secures the necessary permits in Bangalore, Tata Elxsi will be the first company to test self-driving tech on Indian roads. It hopes to eventually be able to offer manufacturers a platform that’s ready to be integrated into their vehicles in the years to come.

The challenge that Indian roads and traffic conditions offer is vastly different from what the likes of Google and Tesla are up against in developed countries. In India, lane discipline and pedestrian movement are wildly erratic, and the large numbers of two-wheelers and three-wheeler rickshaws that zig-zag between larger vehicles will likely provide autonomous vehicles’ sensors with far more data than they might pick up on roads in North America and Europe.

However, there’s a strong case for bringing self-driving cars to India. The country recorded a whopping 400 fatal road accidents per day in 2015; that’s one death every 3.6 minutes. Nitin Gadkari, Minister of Road Transport and Highways, has a lofty goal of reducing that figure by half by 2020. With intelligent technology behind the wheel, that might be possible over time.

Traffic congestion and air pollution caused by vehicular emissions are both on the rise. Last September, the World Health Organization reported that the capital of New Delhi was the second most polluted city in the world, thanks to high fine-particulate-matter (PM2.5) levels that were nearly 11 times higher than what the agency’s health standards prescribe.

With more self-driving cars and efficient carpooling systems for commutes, the number of vehicles could be reduced significantly. For reference, an MIT study noted earlier this month that the number of cabs in New York City could be brought down from 13,000 to 3,000 if more people carpooled.

Experts believe that self-driving cars will only begin to become commonplace around 2025, but it’s likely that demand for those vehicles will mostly be concentrated within developed countries. Efforts like Tata Elxsi’s could see the tech arrive at least around a similar time frame in emerging markets like India.

I for one, can’t wait to not have to drive a car ever again.

Read next: School employee fired after busting joke about student's spelling on Twitter