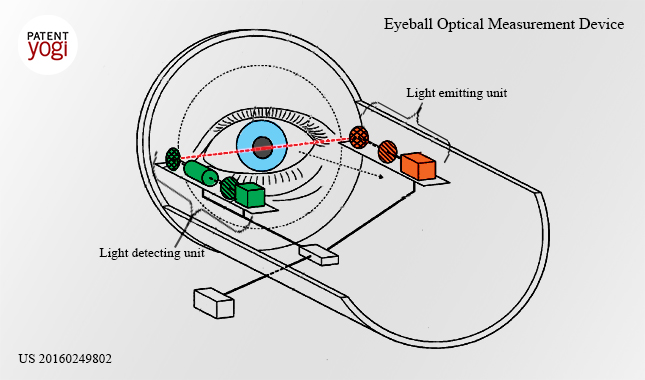 This week, the US patent office issued 6,793 patents. Each patent adds a little something new to the human knowledge base. As we cannot list all six thousand, the PatentYogi team has selected the five most interesting patents.

Google’s self-driving cars might be super smart, yet they need to follow the traffic rules while on road. According to traffic rules in most countries, a car driver should immediately stop their car on the side of the road when a police vehicle approaches the car.

Further, police vehicles are sometimes engaged in a pursuit operation. During these close chasing operations, the police vehicle has the authority to jump traffic signals and run without any speed limitations.  However, an obstruction of any form could disrupt the emergency response operation.

Once a police vehicle is detected, the self-driving car manoeuvres itself to yield to the police vehicle; for example, by pulling over to a side of a road.

The system can also be used to detect other types of emergency vehicles such as ambulances based on ambulance light patterns.

Your favorite Disney princesses may soon come to life

While its enjoyable for children to see their favorite Disney characters come alive, it isn’t the same for the humans who wear those burdensome suits. Besides, it’s often tiring for parents to guard the child’s fantasy bubble, hiding the fact that it’s just a human under the suit.

All that is about to change with this technology that brings animated characters alive in the form of robots.

While it’s trivial to replicate the appearance of a cartoon character, it’s anything but that to faithfully mimic the character’s motion. First off, cartoon characters don’t necessarily follow the laws of physics. And we aren’t talking about the gravity defying stunts. Even a simple walking style that is peculiar to a character may be inherently unstable when replicated in the real world. So obviously existing robots which are constrained to move like humans cannot be clothed appropriately and reprogrammed to mimic the movements of cartoon characters.

Therefore, the inventors at Disney have followed a ground-up approach of building robots from the scratch based on kinematics of the cartoon character. Animation files describing the motion characteristics of a character are automatically analyzed to determine a skeleton that can mimic the movements in reality without being unstable. Based on this skeleton, legs and/or arms of the robots are constructed using 3D printing and suitable actuators are attached at movable joints. Further, the processors that control the actuators are programmed to cause motions at the joints that is a close approximation of the animated character’s motion, while preserving physical stability. As a result, not only would such a robot look like the cartoon character but it would also possess its motion style, without tripping over itself.

Ford plans to include a mirage roof in their cars

However, accommodating the moonroof often includes redesigning the roof structure. It involves removing cross-members in the roof, resulting in a reduced structural support. Therefore, the roof is reinforced in other areas to compensate for the reduction in structural support.

Diabetes patients need to monitor their blood sugar levels daily. This generally involves pricking their fingers for a blood sample.

Some non-invasive techniques are being developed to monitor blood sugar, but their effectiveness is not yet proven. Google is working on smart contact lens that would be capable of measuring blood sugar. This will avoid the need for pricking fingers; however, these contact lens will touch human eye, so they are also a bit intrusive.

Now, Xerox has invented an eyeball optical measurement device for measuring characteristics of the aqueous humor in the anterior chamber in an eyeball of a person.

The device emits light toward an anterior chamber of an eyeball of a person and then detects the light that has passed through aqueous humor in a state that the eyeball is turned outward. The detected light is then analyzed to determine characteristics of the aqueous humor.

This device exploits the fact that the aqueous humor in the anterior chamber has approximately the same components as blood serum, which contains proteins, glucose, ascorbic acid, etc. It is also well known that there is a correlation between the glucose concentration in blood and that in aqueous humor. Moreover, aqueous humor contains no cellular substances as found in blood and produces only small influences due to light scattering there. The proteins, glucose, ascorbic acid, etc. contained in aqueous humor are optically active substances and have optical rotatory power. Therefore, by measuring a polarization plane rotation angle (optical rotatory power) of optically active substances in the aqueous humor a concentration of glucose can be determined.

Nike wants your shoes and socks to match

Nike is one the most innovative company in the footwear space. They come up with new designs of footwear almost every week.

A recent patent has revealed that Nike is working on shoes and socks with aligning designs.  The designs will include markings which may be a logo, a symbol, an abstract design, or a holographic mark. Each of a shoe and a sock will only have a partial marking. When a user wears both the shoe and the sock, the full marking will appear, when the partial markings on the shoe and sock align.

This will help Nike in cross-selling, as consumers will prefer to buy both products (shoes and socks) from Nike.

Read next: The iPhone 7 might let you take it for a shower without breaking