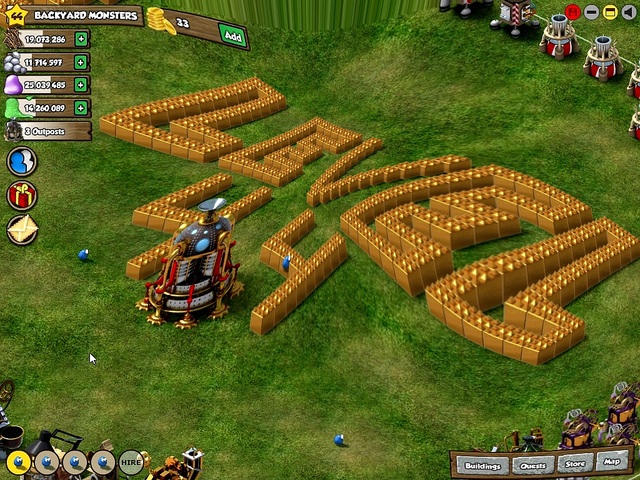 Online gaming is a growing industry, despite one of the industry’s well-known players in Zynga having come across struggles in recent times. And there isn’t just one studio – but one small city – that is gearing up for business.

KIXEYE has been around for over five years and have decided to open shop in Victoria, BC, Canada, and the new studio is being led by Clayton Stark, who is incredibly well-known in this city. Stark has worked for several startups, including Flock. But his most recent place of employment was the aforementioned Zynga. Stark was one of many who have left in recent months, and he’s excited for the opportunity to be able to build not just a new gaming studio, but a new company culture in the small Canadian city.

Stark spent some time in San Francisco when Flock was purchased by Zynga, but his enthusiasm for the company eventually waned – and he wanted out.

Stark didn’t just take that into account when he left Zynga for KIXEYE.

“It was also – more for me, really – a personal choice to build something that was more in line with what excites and interests me, ” Stark admitted. “I can’t play the ‘social-style’ Zynga games for very long and stay engaged. It’s just not in my personal world.”

With the knowledge of what’s coming up in the next year for KIXEYE, Stark gets excited.

“I do not struggle with the belief of the products of KIXEYE. I get excited.”

KIXEYE’s move to Victoria was a great chance for Stark to remain in a city that he not only loves, but to remain in a city where he is admired for his achievements in the tech community. And according to Stark, finding top talent in Victoria has proven easier than having to do so in Silicon Valley.

“Part of the thing that makes this such a great platform is that the recruiting that has been done in San Francisco….all that has provided me with a platform that excites a lot of people,” Stark replied. “People are very excited in their overtures to me about working here – they say ‘I know enough about this company and I want to work in this type of environment’. That platform was set up for me in advance of my recruiting efforts, I have two things now: the reputation I’ve built with companies here in the past and I have the really solid backing of the existing platform with KIXEYE. With those two things, it becomes very exciting very quickly.”

But that’s not the only benefit to building in a blossoming tech town like Victoria.

“It’s no secret that San Francisco is pretty much fished out,” Stark continued. “It’s pretty hard to get talent. There’s a lot of competition. (Victoria) doesn’t exactly have the level of opportunities as San Francisco, so people are less – shall I say precocious – about wanting to join a firm like KIXEYE.”

“We are growing this rock star team here. We’re here to make a mark. And I’m really interested in seeing other people in my hometown of Victoria have the same awakening that I’ve had, that there are places to work at like KIXEYE where there are exciting career opportunities. We are going to make a difference in the industry and we are going to have a hell of a lot of fun building stuff that we can play.”

Victoria is growing a rock star gaming team as well, and Stark says that isn’t going unnoticed in the tech gaming community well beyond the borders of Canada.

“Look, Microsoft has a footprint here. Zynga has a footprint here. Kano Apps is a fantastic indie developer here,” Stark replied. “When you start to turn over rocks and recognize what the online gaming industry is like here, there are so many indie players here that are putting out really interesting content. So, as you have more and more of this tidal wave of talent producing interesting content, I can’t see how it would do anything but grow.”

With companies like Microsoft, Zynga and KIXEYE coming in during these early stages, I asked Stark why Victoria’s tech scene – especially online gaming – is just going to keep growing.

“Because the talent base is going to support it.”