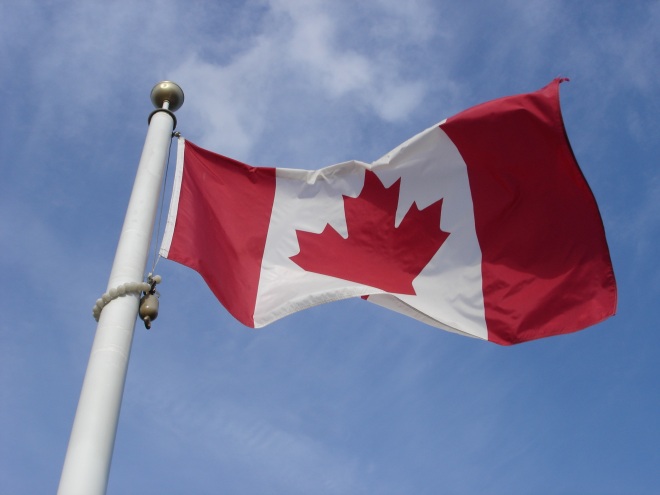 The first Canadian mobile credit card transaction happened this morning. While the press release doesn’t say so, the “first” part refers to the fact that it was done over NFC. How Canadian was this Canadian milestone? Very Canadian.

First of all, Canadian Olympic Triathlete Simon Whitfield performed the transaction. Is that not enough for you? Don’t worry, there’s more.

Next up, Whitfield used a BlackBerry smartphone. As you know, the Canadian company RIM makes BlackBerries.

Furthermore, the money was taken out of his CIBC credit card account. CIBC stands for the Canadian Imperial Bank of Commerce.

Last but not least, it happened in a Tim Hortons. For those who don’t know, Tim Hortons is Canada’s largest fast food service with thousands of stores nationwide. When you want to stay up late and chat in Canada, you and your friends often head to a Timmies.

The downtown Toronto restaurant where the milestone happened is not unique. Tim Hortons says mobile payments are already available in approximately 2,300 restaurants in Canada already, with more than 3,000 restaurants expected to get support by December.

Unfortunately, you need to be a CIBC and Rogers client for this to work. Later this month, Canadians will be able to hold select Rogers smartphones up to the Tim Hortons contactless PIN pad and make purchases using their CIBC Visa or CIBC MasterCard. While there are still limitations, this is certainly a start.

“Tim Hortons invested in new payment terminals for nearly all of our Canadian restaurants to allow contactless and mobile payments,” Tim Hortons COO David Clanachan said in a statement. “We are always looking to bring innovative options that offer our guests more convenience and faster ways to pay. We believe Canadians will increasingly embrace the opportunity to make mobile payments and we are excited to be at the forefront of this technology with this milestone transaction today.”

Read next: If Microsoft is building its own smartphone, Nokia will race RIM to the deadpool