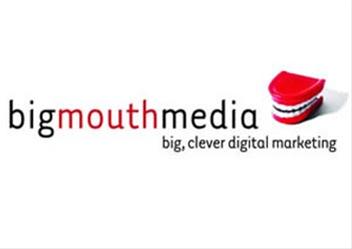 Backtracking on its initial stance on pricing plans, Shaw Communications Inc. has become the first telecom company to seemingly listen to the public outcry over Internet pricing in Canada. According to a report from The Globe and Mail, Shaw’s changes to its Internet service provider packages include more than doubling the amount its customers can download and bringing in unlimited plans.

With the increasing popularity of streaming services such as Netflix and cloud computing, Internet use has increased significantly and the limits imposed with the previous plans were a great cause of concern for users. Shaw president Peter Bissonnette explained as much when introducing the changes to the pricing structure.

“The patterns of usage by customers are changing, to the point where they will need more, they’ll require more capacity. And we’re able to provide that at a rate that is both perceived by our customers to be fair, but one also that gives us a return.”

The new plans not only cater to Shaw’s customers who may not be Internet “power users” as it is also offering customers faster speeds for higher prices.

Shaw’s backpedalling comes on the heels of a huge public outcry that was sparked by a CRTC proposal earlier this year. The proposal would have essentially killed popular unlimited plans offered by smaller providers such as Teksavvy, and the backlash was so great that even Prime Minister Stephen Harper weighed in on the situation.

Michael Geist, a University of Ottawa law professor, sees Shaw’s move as a sign that the threat of regulation gets results for consumers.

“Shaw is doing this because the writing was on the wall,” said Geist. “When you’re in a position to offer such better pricing and data caps than what you were offering before, it highlights just how uncompetitive this market has been.”

Shaw’s actions will likely cause other providers to take a good look at their pricing, as competition in this field is very fierce. For example, once these changes take effect, Shaw’s plans will (in some cases) double the download limits and speeds of plans in place by its rival Rogers Communications.

Whether the other large providers across Canada take similar action remains to be seen, but this move by Shaw just goes to show that when consumers speak up, sometimes they are not only heard…but listened to as well.

Read next: Help an entrepreneur; clean his toilet and take out the trash