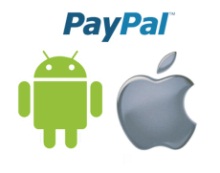 Canadians have until the end of January to voice their opinions on a new copyright bill called C-32. Unfortunately, many Canadians won’t, because they don’t understand the complicated new legislation, or what it will change.

Bill C-32 aka The Copyright Modernization Act, is a copyright bill that will change things like the ability to legally unlock your device (phone) or a DVD that you own for personal use. It will also force students to destroy course materials distributed in an electronic format after a certain period of time.

Exceptions to the rule

Bill C-32 makes exceptions to copyright material violations as long as it’s for the purpose of things such as education, satire and parody. As an example, there’s a YouTube clause in Bill C-32 that allows Canadians to create mash ups of media if it’s non-commercial.

In additional to a few exceptions, the bill lowers the penalty of copyright violation and it will make the differentiation between commercial and individual violations bringing the current cost of the maximum penalty down from $20,000 to between $100 – $5,000.

This copyright bill is the Canadian government’s third attempt after Bill C-60 and C-61 and they offer some exceptions.

In Canada today, there are some “fair dealing exceptions” that protect Canadians as long as they qualify. Exceptions such as “The Character of the Dealing” states that “one should ask whether there was multiples copies or a single copy made and it may be relevant to look at industry standards”. In other words, was the person just making a copy for themselves? or did they make multiple copies with the intent to distribute?

With Bill-C32, these exceptions or rules don’t apply if you break the digital locks.

What is a digital lock? As CBC points out, using digital locks, a television broadcast could include a code that would prevent the show from being recorded and it could possibly even be deleted from your PVR without your permission. And, any website, tool or person who created “unlocking tools” would be in violation of the law.

No compromise on digital locks

The digital lock rule comes with no compromise and currently grants no exceptions to the rule, prompting many Canadians to call this the most “anti-consumer bill in Canadian history”.

Michael Geist, a law professor and research chairman in Internet and E-commerce Law at the University of Ottawa, has provided in-depth Bill C-32 information on his site along with a breakdown of the entire bill including information in form of Q&A.

Will Bill C-32 give consumers the right to make backup copies and view or read their purchases on the device of their choice?

Sometimes. The bill includes new consumer exceptions that open the door to legally recording television shows (time shifting), moving content between devices (format shifting) and making personal backup copies. However, the bill also says that if the content, such as DVDs and e-books, contains a digital lock, consumers can’t circumvent the lock in order to exercise their rights. Since digital locks are commonly found on these products, Canadians may not actually get to exercise their new “rights. -Michael Geist

ISPs will watch you and give you up Bill C-32 will bring a notice-and-notice system where ISPs will give you up to copyright holders if it believes you’re stealing its content. With the notice-and-notice system, the ISP would notify you letting you know you’re in violation of the law (because they were spying on you) and the ISP would then hand over your personal information if the copyright holder had a court order. Over the last few years, Canadians have received these types of letters informally, however personal information is currently not being released to copyright holders.

Overall, many Canadians are concerned that Bill C-32 will “unduly equip corporate copyright owners and distributors in the music, movie and video game industries with a powerful set of tools that can be utilized to exercise absolute control over Canadians’ interaction with media and technology and may even undermine Canadians’ constitutional rights” as it’s stated in the pre-written letter to the government at the CCER (Canadian coalition for electronic rights) site. Many Canadians including Geist are asking for more exceptions (fair dealing) to the bill along with the right to break digital locks for personal use.

Send a letter to Ottawa

Canadians have until January 31st 2011 to send an email to [email protected]. The Canadian coalition for electronic rights (CCER) have updated its online letter writing tool and it provides Canadians with an easy form to submit their thoughts directly to Ottawa. What are your thoughts on the new bill?

Image courtesy of The Canadian coalition for electronic rights (CCER)

Read next: (Video) Heyzap -The publishing house for gaming