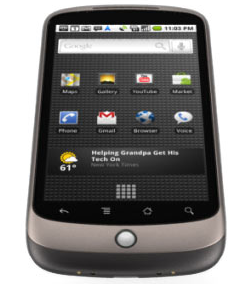 The Canadian Wireless Telecommunications Association (CWTA) has reported that Canadians sent more than 14.2 billion text messages in the third quarter of 2010. This carries the total of the first three quarters of the year to over 40 billion. In September of 2010 Canadians sent 4.9 billion texts at an average of 163 million per day.

Short codes, often used in mobile marketing campaigns were used 560 million times by Canadians in the third quarter of 2010, bringing the total number of sent and received short codes to 1.64 billion in the first nine months of last year. And, that’s 15.4 million more short codes than the previous quarter.

The CWTA told us this morning that the number of text messages with the exception of short codes did not include in-app messages from mobile applications such as TextPlus.

…our text messaging numbers only include what we call “peer-to-peer” text messages, or in other words, text messages that are sent from one person’s phone to another person’s phone. Other types of messages, such as Internet-to-phone messages are not included as we would not have access to the figures.” Marc Choma, Director of Communications, Canadian Wireless Telecommunications Association (CWTA)

We had a chance to speak with Telus earlier this month and they told us that text messages on the Telus network doubled in the year.

The number of text messages flying around TELUS’ network doubled in the year – to 5.4 billion sent and received on TELUS’ network alone in December from 2.7 billion in January. We expect that trend to continue” Telus told us via email.

Telus also mentioned that in Q3 they saw a 10 percent increase in smartphone users. Meaning that 28 percent of the devices on the Telus network are now smartphones, and Telus says the spike in text messages in December and January is likely related to the adoption of smartphones. However, Telus said it doesn’t break down the text totals by device. Additionally, Canadians are using an average of 388 minutes per month on the Telus network.

We’re wondering how much of the 28 percent makes up the text message totals. Why? Because smartphone users don’t have to pay for text message by using free-texting mobile apps.

Canadians pay an average of $15 plus tax for unlimited text plans using Bell, Rogers and Telus Rogers, a major wireless provider in Canada recently announced that as of March 2011, customers without an unlimited text messaging plan will be paying 20 cents per text message, that’s an extra 5 cents per text message sent and received. It should also be noted that over the last year, smaller wireless companies such as Wind Mobile have been shaking up the competition by offering unlimited text message plans (U.S & Canada) starting at $5 a month. Sadly, the smaller providers aren’t available across the country.

While there are numerous options to upgrade the packages (to bundle with other add-ons), it’s still costing customers an average of $180 annually for unlimited messaging plans. Maybe this is why mobile apps like Kik have signed up over 3 million users to date.

The following mobile apps will save you from paying extra on your bill: Kik based in Waterloo Ontario, is a free and speedy way to send and receive text messages to anyone around the globe. Kik provides users with real-time conversations by letting users know when the message has been read and whether the person you’re chatting with is currently typing. The Ontario company has also announced that it will be updating the app soon to support picture messaging as well as group chatting. In order to use Kik, both parties must have the application installed on their smartphones. TextPlus offers free and unlimited text messaging to any wireless number in North America — they don’t need to have the app. This app supports one-on-one conversations, group messaging and additionally gives users access to TextPlus community chats. If your international friends have the TextPlus app on their device, it will give you free app-to-app messaging worldwide. There are lots of additional options including the ability to send pictures. TextPlus has a few versions of the app available at the site.

It’s available on iPad, iPhone and Android however it can be used by any device that is SMS enabled.

Whats app works with your phone number and it enables you to send unlimited text, picture, audio and video messages. It only supports in-app messaging, so the parties that you’re texting need to have the app installed on their device. Users can send out text and media messages to multiple contacts in one step and it integrates with the device’s contact list. Whats app automatically shows users which of their friends are using the app within the favourites section. Like Kik and TextPlus, all international in-app messages are completely free.

Although companies are contributing the increase in text messages to smartphones, it will be interesting to see if the amount of text messages go down as these types of “free-texting” apps become more popular.

Read next: uTest: Real-world testing for any app with an iOS device