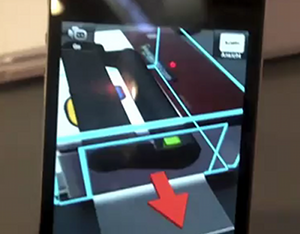 Michael Geist, law professor and chairman of Internet and E-commerce Law posted earlier today that Rogers, a major teleco and ISP in Canada has not been following CRTC policies.

Specifically, ISPs are required to disclose prominently on their websites, the reasons for the ITMP, when the ITMP is applied, what Internet traffic is affected by the ITMP and the specific impact that the ITMP has on retail Internet speeds. ISPs are also required to refer to their online disclosures in their marketing material, customer contracts and terms of service.  -CRTC

In a letter sent to Rogers this week, the CRTC stated its concerns with the growing amount of customers that are complaining about Roger’s lack of public disclosure regarding the ITMP policy. This follows more complaints against Rogers a since October where customers complained that the company was degrading the speed-quality (throttling) of both uploads and downloads.

As Geist points out, Rogers admitted to these practices and promised to revise its website to meet the ITMP standards. Although according to the letter sent to Rogers, the CRTC states that they need to include more:

1. the fact that download speeds will be affected by Rogers ITMP.

Geeks living in Canada have been well aware of Roger’s ISP throttling practices. And over the last few years, it became increasingly apparent to Canadians using Skype, that the ISP was using traffic shaping tools to slow down the use of the application. It should also be noted that Skype directly affects Roger’s (land line & wireless divisions) bottom line and saves customers from paying Rogers long distance fees. These practices are pretty slimy and Canadians should be enraged that their ISPs are deliberately slowing down speeds. Hopefully competition will heat up in Canada and will allow Canadians to make an informed choice based on these factors.

Read next: For CFOs, Profitably is your virtual life partner