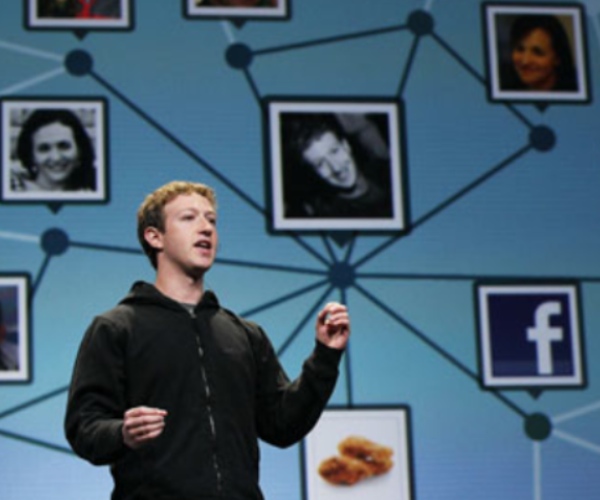 “My first observation was the opportunity in Canada is far bigger than I expected — and I expected it to be huge. I think there’s just an enormous amount of upside in terms of businesses catching up with consumers, and unleashing a little more creativity on the web” – Google Canada, Country Director Chris O’Neill

Mesh was founded by 5 esteemed individuals including ME Consulting’s Mark Evens and Mathew Ingram from GigaOm. This web conference is a venue for people to “connect, share and inspire” and its focus is on anything related to the web. Mesh looks at the way the web is “affecting the media, marketing, business and society as a whole”. As of today, Mesh has not announced its keynote speakers for this year but you can be sure it will be filled with workshops, panels and thought provoking conversations and presentations. We’ve heard nothing but good things about Mesh and it’ll likely be a worthwhile experience.

The FITC conference began as a Flash Festival, but over the last few years, it has evolved and branched out gradually adding more creative and technical presentations. FITC aims to “educate, challenge and inspire”and they’ve previously held 20 events over the last nine years in five countries. At the event, Flash, motion design, Flex and Air are the types of subjects you’ll learn about in the presentations. FITC prides itself on the quality of its handpicked speakers and additionally claims its “parties are legendary”. Sounds very intriguing.

When: February 2-4
Where: Toronto Ontario

The CeC conference was created by the Canadian tourism industry and mainly focuses on e-marketing within that industry. Any tourism business or organization can use this conference as a tool to learn more about using technology to market and gain sales. It also takes a look at opportunities, web trends and online successful campaigns. I’d go just for the speakers. They’ve grabbed three internet celebs to present this year; Amber Mac, Tara Hunt and Scott Stratten. If you’re in the tourism industry, I’d say this one is a must-go.

When: March 9th-11th
Where: Montreal, Quebec

The Confoo conference held in Montreal, Quebec will be kicking off another coding conference in 2011. This conference won’t interest you unless you’re a coder interested on learning more about Java, .Net, PHP, Python and Ruby. But, if

you are a code-monkey you’ll likely have a lot to take away. Presenters will be walking the developers through programming solutions, security, content management systems, frameworks and databases. Confoo also promises a management portion that includes project management, referencing (SEO), web marketing analysis and social networking. Overall, this sounds like a great conference to attend if you rawk the code.

Later this month, StartupCamp Montreal will be holding the seventh edition of its event for startup companies. If you’re involved in a startup, this conference will put you in contact with investors, fellow companies and can assist you in working out things like your business pitch. It will also feature speakers such as successful native-Canadian entrepeneur Perry Evans.

This year will be the first ever Mobile Camp Montreal and will focus on all things mobile. It’s still in its infancy although we spoke with the organizers this evening and they tell us they’re confident the event will be a success. “The idea is essentially to act as a central point for mobile enthusiasts, whether they’re into devices, apps, OS or marketing. We’ll have people come talk to us about which devices are the best, what to expect from 2011, where is mobile going, how to properly target the mobile market, how to advertise, how to track, etc etc” the event founder said via email. They’re looking for sponsorship and presenters if you’re inclined to help them pull it off.

This is not a complete list of Canadian conferences, just a few you should think about attending in this coming year. And if you know of a great tech conference in Canada, please give us a shout in the comments.

Read next: Why mobile apps will get you out of the house in 2011