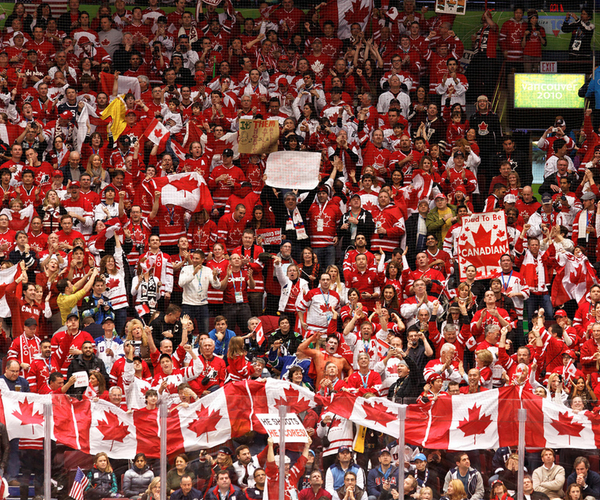 Maybe Intranets aren’t sexy or really cool or getting huge headlines, but the fact of the matter is that lots of companies use them. Maybe “use” is too mild a word…rely might be better. ThoughtFarmer has been doing a lot of really, really cool things under the radar for years now. Recently they launched version 4.0 of their Intranet toolkit, which makes the things I wanted to do with an Intranet 10 years ago, child’s play. ThoughtFarmer’s focus is leveraging social media and social connections to make an Intranet stronger. ThoughtFarmer runs on the Microsoft suite of tools (.NET, SQLServer, Sharepoint, etc) and is a system well worth the look.

Roll your own microblogging server? Need I say more? There are two parts to this pretty interesting product. First is the hosted service, which can even be white labelled , you can run something like trishussey.status.net (which I do have, btw) to have a personal Twitter-like environment (that can connect and cross post to Twitter as well). Second is the install yourself option, which has become popular enough large hosts (like Dreamhost) are offering it as a “one-click” install. Why do we need this? Because while Twitter is great, if you wanted to build something private or custom, or even just more of your own you need the tools to do it. This is the tool. Status.net might also be our best hope for a decentralized, interconnected microblogging system independent of Twitter (like how email is today).

So you want to sell stuff online. Like, dunno, Angry Birds stuffed toys, but you don’t want to mess with having to build the online store and such (eeewww code! Ewwww!) how might you do that? Well I’d Shopify is your answer. Shopify lets you quickly make a entire online store, complete with templates, and the connectors needed to receive payments. Yeah, I said templates. From the looks of things, it looks like most people could have a functioning store up in an evening (or maybe a weekend). Shopify is a hosted service, so you don’t need to know how things need to be set up to work, they are just supposed to work. I profiled these folks for Launch Party 10 earlier in December. Their business is simple, help other businesses manage all the location claims, offers, and deals for the various location services (Foursquare, Facebook Places, Gowalla, and others) as well as provide metrics across all the services to see which ones work best for you, with which user segments. Location services might be fun for consumers, but they are starting to mean business to businesses. The problem is that the location service area is very fragmented without an overwhelming leader right now. It’s not like just using AdWords for online ads. Geotoko is trying to take the pain out of having your business be involved in location services buy just consolidating and managing it for you. I know that I have a soft spot for HootSuite, but from the 20,000 foot level, looking at other Twitter apps out there, HootSuite is rolling out more features faster than anyone else. They are a busy shop, no doubt. HootSuite seems to be on a flight path for becoming a central social media dashboard for the social media junkie. They aren’t without their challenges. The recent move to the freemium model is ruffling more than a few feathers, but maybe this is just a bump in the road? Regardless HootSuite’s suite of tools are pretty hard to beat for cohesiveness and connectedness, I’m looking forward to what’s next from them. Another startup I talked about recently, Well.ca is selling things that people don’t often buy online— toiletries—and seem to be doing a darn good job of it. Maybe selling stuff that people need for a good price (and hello, free shipping in Canada!), isn’t sexy, but just ask Amazon how well it’s working out for them. I’ve a Freshbooks user for years. Freshbooks is pretty much the only thing that made sure I got paid regularly over the last three years (recurring invoices FTW). While they have expanded their project management tools and such, their core is still easy, painless invoicing.

8) CommunityLend: Working from the idea that sometimes people need a loan for lots of reasons and for lots of other reasons a bank won’t lend them the money. Maybe it’s to start a company or go to school or pay off some debts, but the factors that banks use to decide if a person should be lend money are strict (and for good reason).

But what if other factors could be considered, some of the more human things? This is where CommunityLend comes in. CommunityLend is a peer-to-peer lending program (BC, ON, and QC only) where people are loaning to people. You still have to go through the credit check and such, but that isn’t the final word. Also, lenders compete to lend you money, so it isn’t a matter of “take or leave it” it becomes, what’s the best offer. It might not be the whole solution, but it certainly could be part of it.

Have you noticed that QR codes are finally starting to crop up in North America? Yeah me too. Well Mobio is working on tools and apps to make QR codes more interesting, dynamic, oh and profitable. Mobio first started to get into interesting QR code waters with connecting QR codes to payments. Get your bill at a restaurant, scan the QR code and the credit card tied to your account is billed. That was the start, Mobio is making QR codes more dynamic by putting a server between the code and the destination letting one QR code go different places long after the code was created. Ah flexibility in QR, that’s handy.

So have you used your smartphone to browse a website lately? Cool. Now, have you built a mobile-optimized version of a site? Yeah I didn’t think so. Right then, making a mobile version of a site can be a pain. Oh what about commerce on devices that don’t support Flash? Ah, the plot thickens. Mobify has these things under control. They have their own set of technologies to make sites mobile savvy, without you having to mess up your own site. Mobify got our attention in Vancouver by making the first mobile app for our transit system. They’ve seen how the market is changing and have expanded in the last year into mobile commerce. Not bad, not bad at all.

Now, there is no doubt in my mind that there are a lot more than 10 great startups out there. These are the ones I think are particularly cool. Have others? Please, post them in the comments!

Read next: Laughing out Loud in Asia: Why is the www so funny in Japan?