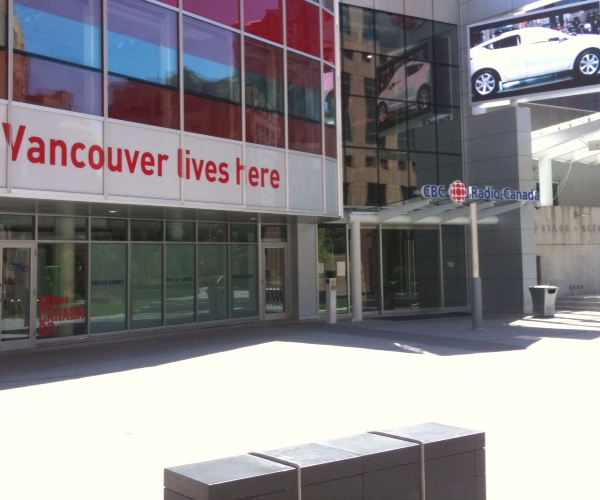 I got a tip from CBC Manitoba to check out the updated CBC Radio app for iOS. The CBC Radio was one of the first apps I loaded onto my iPad and iPhone, but while it was great for listening to the CBC on the go (or when I didn’t have a radio handy), it had a couple of gaps. The biggest one was that it didn’t support multitasking and on the iPad it ran in iPhone size. Beyond that, hey it worked.

– Remembers episode playback positions if you need to come back later

– Updated Player screen with Artist bios (when metadata is available)

via CBC Radio for iPhone, iPod touch, and iPad on the iTunes App Store.

Yeah the release notes don’t do it justice. If you look at the iPad screenshot at the top and the iPhone screenshot to the right here… you can see that with this new universal app (one download covers both devices), the CBC is really taking advantage of the iPad’s UI and size. Much more to see and do. Much easier to find programs like browser through Radio 2:

The iPad app also offers a nice sleep timer (only when the app is in the foreground) and if you’re running iOS 4.x…multitasking! Hey, don’t scoff. Sometimes you want to listen to the CBC and do other things at the same time! The multitasking works great on my iPhone, I’m just waiting for iOS 4.2 to drop so I can use it on my iPad. So you combine the CBC Radio app with a nice deskclock app on your iPad and you can have a rather expensive and stylish clock radio!

In all seriousness, adding a nice UI and background multitasking makes the CBC Radio app on the iPad a smart, easy download. Especially for all your expat Canadians who might be pining for the sounds of home.

Misses: Timer only for iPad, Timer only works when the app is in the foreground

Read next: ClickyTouch: A slick, 3rd-party iPhone app for Clicky