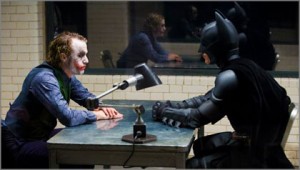 HootSuite announced today that starting a week from today (noon Pacific time, Oct 13th) there will be just one HootSuite app for iPhone and Android devices (the iPad and BlackBerry versions are still in the works) and it will be free. The free version will have all the features of the paid version (unlimited accounts, stats on ow.ly, no ads, etc) and will be a new download if you have the current “Lite” version.

But what about the people who paid $2.99 for the pro app? Won’t they be rather miffed? They might be, but wait until I explain things a bit. According to the blog post, if you bought the paid version before the 13th all the features you’ve paid for will be grandfathered into your account.

Huh? Wait, I thought those were free now!

That’s what I wanted to know so I called over to HootSuite and chatted with Jeff Stautz,who heads up their mobile strategy to get the background and details on the change.

Essentially, HootSuite was faced with a challenge. They had two apps out there, but are also planning the rollout of the HootSuite Pro account system. Now if you have the “free” app, but pay for “Pro” features online (say more stats, more accounts, etc), something isn’t going to jive there. So HootSuite needing to consolidate the mobile apps so that there was one version that ties into your HootSuite account. So if you pay for extra pro features online, those can easily be reflected and added to the mobile apps.

This is where the grandfathering comes back in. Maybe HootSuite wants to put ads back into the mobile app at some point in the future for non HootSuite Pro users (online). Now if you paid for the app, but aren’t a Pro user, you’ll stay ad free because that’s what you paid for in the first place.

Essentially, people who bought the app helped fund the development of HootSuite and no matter how the system changes in the future (say limiting accounts or ads or what stats are offered in the mobile apps) those people will keep all the features they paid for.

Yes, some people are going to be right pissed about this. Fine, you’re allowed. I’ll tell you though, having been on HootSuite’s side of the table, that when you need to make this kind of tough decision for the long-term growth of the product, you don’t do it lightly. I’m sure that the folks at HootSuite struggled and debated with what they needed to do. I know these folks personally and I know that they are good people. They want to grow HootSuite, but a two app system would just hamper growth. So they bit the bullet and changed.

Change is rough, but I think in the long term it will be good for everyone.

In the meantime, I just have to keep wondering about what cool features HootSuite Pro might offer.