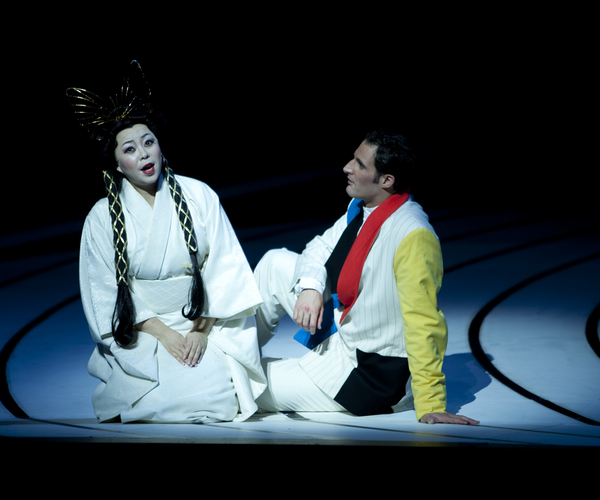 One of the most innovative things that Vancouver Opera does to introduce opera to a new generation of fans, is to commission a manga version of each of the operas being performed during the season. They’ve been doing this for several years now (including this season with Lillian Alling already complete), but until now you could only read the manga online. Not anymore, the folks at Rival Schools have released an iPhone app for Opera Manga. In this first release of the app the opera happens to be one of my wife’s favorites: Madama Butterfly. The manga was originally does by artist Fiona Meng and editor Roy Husada and looks like the original was very nicely reproduced in the app. Just flipping through the app I think the folks at Rival Schools have done a nice job bringing the manga to the small screen.

Rich colors, text that is easy to read, the app runs more like a slide show than a comic book. I think that’s okay for a first go at an app that’s being offered for free.

Would you read the opera on your phone?

Would you pre-read a manga version before going to the opera?

I haven’t read one of the mangas to this point, and I think that is because of having to read it on screen on my laptop. Now with it on my iPhone (and iPad!) I’m going to give this a read. Of course I’ve already seen the opera twice and know the story very well, but that isn’t ever the point of enjoying something like this is it?

Now I’m hoping Rival Schools will get this season’s operas up next!

Read next: blogVault Wants To Take On VaultPress For The Blog Backup Crown