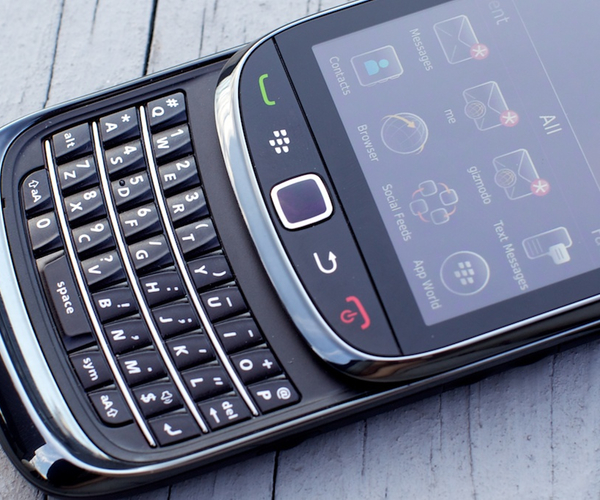 After several delays, and lackluster sales in the U.S., the top-end Blackberry Torch is finally available in Canada. Telus, Rogers, and Bell all offer it for about $600 without a contract and $180 (Bell) to $200 (Telus and Rogers) on three year contracts. The larger question is, will it sell in Canada?

Yeah I know I’m pretty hard on RIM, but honestly I was a huge fan of the Blackberry for a long time. I stalwartly held onto my Blackberry because it was great for email, had decent battery life, and was passable on the Internet. Even as the iPhone was released in Canada, I stubbornly held my ground as a Blackberry user. However the problem was that all other smartphones innovated and RIM stagnated. The Torch is, by all accounts, RIM’s first real attempt to make a touchscreen device that people might actually want to have. I’ll admit, the slide out keyboard is a nice touch. While I was counting the days until I could trade in my aging Blackberry Curve for anything with a usable web browser, I thought the HTC devices running Android with touchscreens and slide out hardware keyboards were pretty cool.

So Canadians can buy the Torch now. The price is good, not crazy high or anything (so if you’re looking at the iPhone 4 the Torch might also catch your eye), so the question is whether RIM will only get people to switch their old Berry for another or if they can convince someone with an iPhone 3G to forego the iPhone 4 and jump ship?

Sound off in the comments folks. The Torch going to brighten your day?

Read next: Facebook Is Rolling Out Massive Upgrades To Its Photos Feature