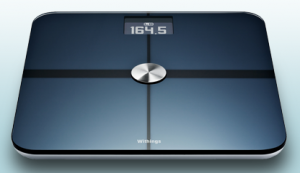 Ten journalism students at the University of British Columbia Graduate School of Journalism have won an Emmy for Outstanding Investigative Journalism for the documentary Ghana: Digital Dumping Ground which traced our digital detritus to Ghana, India, and China where it was “disposed” and the toxic remnants left to poison the environment. Even more shocking, beyond how cheap it was to dispose of the eWaste, was how for $40 the students bought a discarded hard drive that contained sensitive documents on U.S. military contracts, air security, and other documents. This Emmy is a first for Canadian students, not just to win it, but just to have been nominated in the first place. “Journalists work their entire careers for awards of this prestige,” says Mary Lynn Young, Director and Associate Professor, UBC Graduate School of Journalism who was at the award ceremony this week.

The documentary was made by:

I haven’t watched the documentary yet, but it’s on my list now (you can watch it on PBS online). We often baulk at paying extra “environmental fees” for our electronics, but when you look at people breaking up our ewaste to get the precious metals then burning the rest, creating toxic smoke and runoff in the process, you have to give yourself a reality check.

This Emmy should inspire all journalism students to go for the story despite the fact they are “just students” at the moment. Sometimes a piece this gutsy can only come from the people just starting their careers and looking for a big break.

Congratulations to all the students. I figure you passed the course and got an “A”.

Read next: CityTV Launches First of Its Kind iPad Video App in Canada