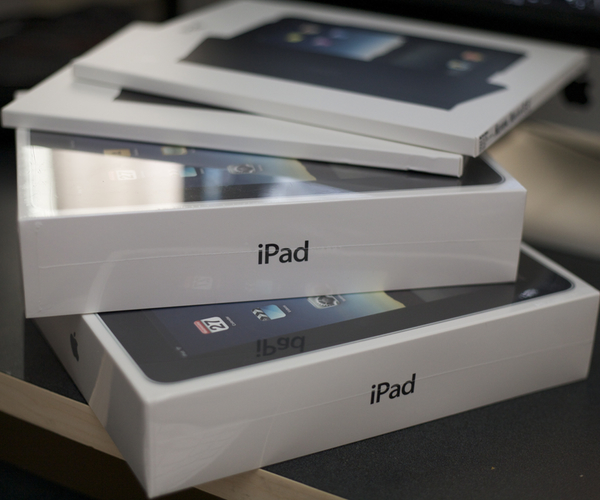 Believed to be the first for a Provincial Government in Canada, the Saskatchewan Party will be giving the entire cabinet and some top advisors iPads to help with run the government (Global National). Now, before you scoff at government waste, the $25,000 investment will save $50,000 in the first year in printing and courier costs. Yeah, that’s a nice and tidy ROI. How will this work, you ask?

Simply this, senior government officials need to carry large briefing books (binders actually) with notes on legislation, policy, and other things important to their particular portfolio. Laptops turned out not to be very efficient for this. Large, heavy, hard to read from, ungainly, I think the list could go on. So instead of these giant binders, all the government documents related to government business will be shared on their iPads. Again, before you raise an eyebrow at this, I’ve found in the last few months of having an iPad, I’ve taken my laptop out somewhere maybe four times. On the other hand, when I go out now, I carry my iPad and wireless keyboard, together with WiFi and my iPhone…I don’t need my laptop.

I think during Saskatchewan legislative question period it would be pretty cool to see a Minister reading notes from his or her iPad and then when asked by the Opposition party for the documents reply “Sure, I’ll just email these to you right now. Or would you rather share them through Dropbox…”. Talk about moving government moving forward.

I wonder if they pre-installed Angry Birds.

Read next: Entrepreneur? You Need to Be in Beirut November 12-14