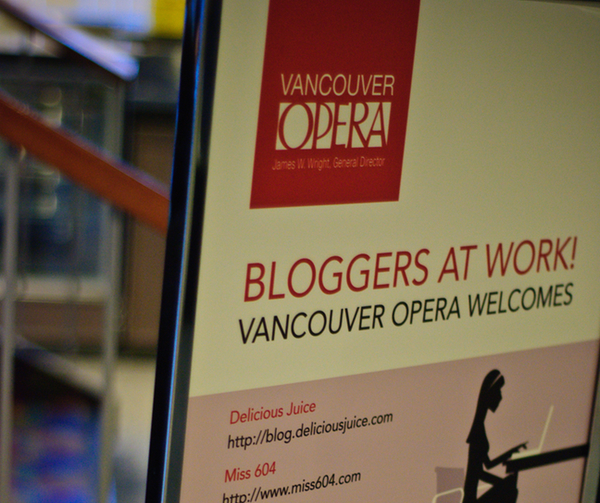 This fall Vancouver Opera is kicking off its 51st season with a world-premiere, commissioned opera Lillian Alling. Since this is a brand-new opera, Vancouver Opera needs to do a little more to promote the opera than if we were talking about Traviata (which will be on April-May this season). In addition to the title character tweeting and blogging, Vancouver Opera using QR codes on posters around Vancouver to promote the opera. You scan the code (the one to the right in fact) you go to the Vancouver Opera website, but the codes on the posters will lead you to behind the scenes looks at the making of this tremendous new opera.

Yes, QR codes are nothing new in a lot of the world, but in North America they aren’t as common. Why did Vancouver Opera do this? Well, the VO is probably the most social media aware opera company in the world. Now only do they blog and tweet, they were the first to have “blogger night at the opera” on opening night. They have the stealthy “opera ninja” live tweet the dress rehearsals. So it makes perfect sense to me that the next step would be to take advantage of the space already available on their posters to add more multimedia to their advertising.

Disclousure: My wife sings in the Vancouver Opera chorus and is in Lillian Alling.

Read next: New Twitter design cuts out tweet source links in the stream, puts them in details pane