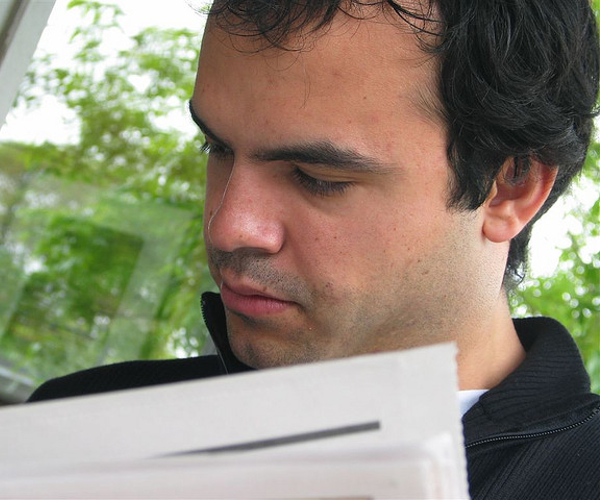 Imprisoned in Iran since 2008, Canadian-Iranian blogger Hossein (Hoder) Derakhshan, is now facing the death penalty for “collaborating with enemy states, creating propaganda against the Islamic regime, insulting religious sanctity and creating propaganda for anti-revolutionary groups.” Called The Blogfather Hoder has been both a critic and supporter of Iranian policies (he has visited Israel twice, but supports Iran’s nuclear program), but Iranian authorities don’t seen to be too keen on his dissent in general.

While the Canadian government has been in touch with Iranian authorities to assist Hoder, Iran doesn’t recognize Hoder’s Canadian citizenship (Iran doesn’t recognize dual citizenship) so the process is going slowly. There is no doubt that between imprisoning American hikers and sentencing bloggers to death, Iran isn’t winning friends in the West. It makes me thankful that I can write in staunch disagreement about my government’s policies and not fear that a knock will come in the middle of the night.

I certainly hope that the Iranian government will listen to the outcry from the West and release Hoder.

UPDATE: The BBC, RWW, and others are reporting that Hoder has received 19 years in prison for the terrible crime of telling the truth. There is some precedent that he could be released early, but any time in an Iranian jail is too long. So while Hoder didn’t receive the death penalty, I hope that the Canadian government will be able to work for his speedy release and return to Canada.

Read next: The Next Web is Hiring: Tech Writer in San Francisco