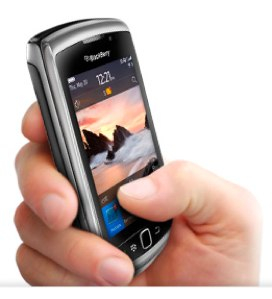 RIM announced its second quarter results yesterday, and while the results were extremely strong, there are rumblings that these results are hiding something more problematic. Before getting into the problematic issues, here is the good news:

All good stuff. CEO Jim Balsillie commented specifically on the units shipping with this quote:

“RIM set another new record in the quarter by shipping over 12 million BlackBerry smartphones. This accomplishment and RIM’s solid financial results during the second quarter were driven by effective business execution and strong demand for RIM’s portfolio of BlackBerry smartphones and services in markets around the world. We expect a continuation of this momentum in the third quarter as we extend the rollout of new products including the BlackBerry Torch into additional markets and benefit from heavy promotional activities and increasing customer demand as we head into the holiday buying season.”

The CBC was generally positive about the results, but both CrackBerry and the Globe and Mail point out facts like a large part of RIM’s growth was outside North America (ironic given RIM’s troubles in the Middle East and India) and while the Torch is the #2 smartphone on At&T (after the iPhone), there are delays in launching the Torch in Canada.
When I’m out and about here in Vancouver, I pay attention to the phones people use (occupational hazard). What I see are iPhones and Blackberries, a lot of Blackberries actually, sure I see a ton of “normal” phones, and a handful of Android-based devices, but I do see a lot of Blackberries. Here’s what I’m wondering: what will that person’s next phone be? I know that the Torch is supposed to be great, but I haven’t seen one yet, and it sounds like we won’t see then in Canada until October. Analysts have pointed out that user growth isn’t that strong, which I think means that RIM is feeling the pressure from other smart phone makers drawing users away from them. I’m a great example of that. I’ve had a Blackberry since about 2005, but since Telus started offering iPhones a year ago, I’ve been counting down the time when I could ditch my Blackberry for an iPhone. Why did I switch? It wasn’t because the iPhone is a great email device (it isn’t), it’s because it’s a great app and browsing device. I would say that many people might be feeling the same way and when their contracts are up, is the Torch going to catch their fancy?
RIM’s biggest challenge as I see it is that the smartphone world moved from being focused on email, SMS, calendars, and contacts to browsing, apps, and games. RIM just didn’t keep up. The Blackberry OS and the browser is really a nightmare to develop for. I’ve tried to build sites, for a company developing a Blackberry app, that looks great on all Blackberrys and it was a fool’s errand. Just not possible with the mix of OS versions and browser versions out there in the wild. If the Torch doesn’t blow minds (all over the world) and RIM doesn’t do something to really consolidate and improve its browsing experience, I think RIM has a hard row to hoe.

Read next: Download Part Of Trent Reznor's 'The Social Network' Soundtrack For Free