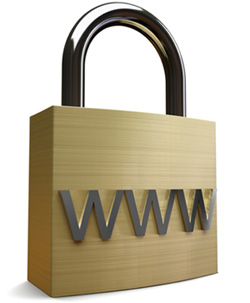 What’s it like to move from Vancouver to Seattle and start working for the Evil Empire/The Dark Lord (aka Microsoft)? Nadia Aly knows first hand going from a Masters of Digital Media program to working for the small business unit at Microsoft to then becoming the Community Manager for Microsoft Tags. Microsoft Tags? Yes, I know I didn’t know anything about them either, but Nadia schooled me well and good over beers at the Yaletown Brew Pub.

I hadn’t had a chance to sit and chat with Nadia since WordCamp Vancouver earlier in the summer, but when I wrote about QR codes recently, well she grabbed my attention to tell me about an alternative to QR codes, and yes, Microsoft is behind them. Before you write them off out of hand, which can be very tempting for all of us sometimes, let’s learn more about them.

First, like QR codes MS Tags are 2D barcodes. The standard two-color codes use triangles instead of blocks to encode the data. And pretty much that’s where the similarities end. With a QR code the action or data is fixed in the code itself. So if you create a code to point to a URL, and then you need to change the URL, the QR code is out of date (yes, I know if you use redirects etc, but the QR code still goes to the original URL). Now a MS Tag contacts a server at Microsoft that then passes on the instruction to the the device of what to do next. So you can have your Tag go to a website one day, push a Vcard the next, and text you the nest. The code itself that is on paper or whatever is still the same. That is a pretty nifty trick.

Yes, the drawback is that if the servers croak, you’re hooped, but okay.

I pushed Nadia on the fact that it’s Microsoft and proprietary, even though they have an API available for Tags. Nadia came back with that tags are much more flexible than static QR codes, are changeable, and you get data. Lots of data about when people scan and use the codes.

This brought me to think about the QR code project that The Big Wild is going across Canada. There are three different posters (Western Canada, Eastern Canada English and Eastern Canada French). Maybe instead of three posters Darren would have only had to make two (English and French). Maybe the tag could send someone to the right petition based on the location and language of the person scanning. Nadia couldn’t yes…oh yes this is 100% possible, but there is a team at Microsoft anxiously waiting to help people with using Tags.

Beyond the need to download and install the scanning software on your smartphone (you go to gettag.mobi and it will point you to the right app store. It took just a minute on my iPhone to get the app), there is the whole, “where the heck are they?” question. I haven’t seen then around Vancouver, but I’m also not on the look out for them. Nadia told me that there are 42 publishers actively using Tags (mostly magazines). I’m guessing that I’m not going to see them in MacLife, so I picked up an old copy of Martha Stewart Weddings (we just got married, so it was handy). Nope, nothing. There was a QR code in there though. No, this isn’t an indictment of MS Tags, it was just one magazine, and a shot in the dark, MS Tags will have the same issue as QR codes—consumers need to see them, and lots of them, before they will know what they are and what to do with them.

The other key factor, and one where I think MS Tags will be at a slight disadvantage, is phone makers need to be convinced to include 2D-barcode readers in their handsets by default. If RIM, Android, and iOS supported 2D-codes by default then there wouldn’t be the “oh I have to download an app for this?” barrier.

Nadia is very passionate about MS Tags as an alternative to QR codes (as well she should be), and I respect that. From some quick experiments (on my screen no less) I can say that Tags do seem to load and render faster than QR codes do (maybe because they are newer and more refined). Will MS Tags take off? I’m not sure. I think the technology of 2D-bar codes is great and we need to use more of them. I know that my next business card will have some form of 2D code on it. Maybe QR, which I would probably just have point to my website, but an updatable (free) MS Tag for my contact info is very, very tempting. In fact, if you want to give it a shot (yes this does work from the screen), try this MS Tag for my The Next Web Contact info:

Now it’s your turn. 2D barcodes, good, great, silly, passé? MS Tags? Does the whole tying it to Microsoft give you pause (it certainly does for me)? Sound off in the comments.

Read next: Samsung Epic 4G - Our first look and impressions