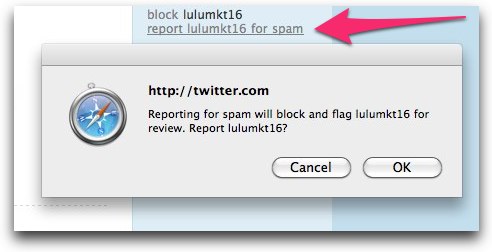 There are some rumblings that the CBC (for the non-Canadians it’s our national broadcaster) should end “anonymous” comments on online news stories (see also Techvibes). The first problem with the issue is that the comments aren’t truly “anonymous”, you have to create an account with a username, password, and email. Yes, I know, the emails and names can be fake, but in the truest sense, these aren’t “anonymous” comments. The next issue is the suggestion that the CBC switch to the newspaper model where if a name and address can’t be verified, it isn’t printed. As the CBC article points out, that isn’t really feasible either. The solution, really, is better moderation.

The example in the CBC article surrounds nasty comments directed towards a couple after they were interviewed by the CBC. The couple will now think twice, and still answer no, before doing another interview. And I don’t blame them. I blame the CBC. Yes, there is the whole can of worms surrounding freedom of speech. Being a government-funded organization, they have to watch out for the Charter of Rights and Freedoms, but freedom of speech does not equal freedom to be a jerk or hateful (as Paul Carr discusses in his TC post).

I know that the CBC already uses outside groups to monitor comments on “sensitive” posts like First Nations and minority issues, but frankly I think they need to step it up. The “sniff” test for basic decorum is pretty easy for people. I don’t think it’s wrong for a CBC staffer to judge a comment abusive, vulgar, distasteful, or just plain wrong and pull it. Let’s use another example: the radio.

If the CBC has a call in segment you can say your name is “Bob” and call from a public phone (if you can find one). That should be fine, right? Now if that person starts going off on the host or being abusive or vulgar, don’t you think it’s permissible for the host to pull the plug on the caller? It doesn’t need to go to committee. They make a basic judgement call and do it.

Comments are no different. You don’t need to make sure the person is “real” or who they say they are, that is an onerous and impossible taks, you just need to hold everyone commenting to a standard of decorum that an “average person” would find acceptable in any other public forum.

Read next: Google Editions To Launch In Japan Next Year