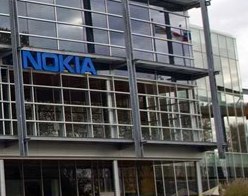 As an immigrant to Canada, I’m probably more patriotic than many Canadians. So while I’m very proud of being Canadian, I don’t think that Nokia’s new CEO is Canadian is news at all. Don’t get me wrong, the fact that Nokia picked Stephen Elop from Microsoft is big news. Elop might just bring something to Nokia that could help change its fortunes. I read some posts that said a “product man” wasn’t visionary enough for the job in the smartphone market. I would take issue with that considering under Elop’s watch Office introduced the new ribbon in Office 2007 and the new pricing models in 2010. None of this has to do with being Canadian.

Sure, Canadian’s have a long and storied track record of invention and innovation, so do other countries. Elop’s challenge is going to be how to compete with iOS and Android (sorry, I think Blackberry and innovation are two words that just don’t go together anymore). Nokia’s new app store and platform—which is run out of Nokia’s facility here in Vancouver—is trying to ride the coattails of, again, iOS and Android (and Blackberry). Maybe Elop can take the “okay, who has a crazy idea like getting rid of the menus in MS Office…” stance and help foster a culture of risk and trial at Nokia.

Nokia has been a leader in mobile tech for so long, I think their current downturn is just a blip. That isn’t to say they don’t need a good kick in the pants, right now, I just wouldn’t rule them out just yet.

All I hope is that Nokia doesn’t do something silly like switch to using Windows 7 as its mobile OS.

Read next: Snap up Camera 360 Pro for Android and snap photos like a pro.