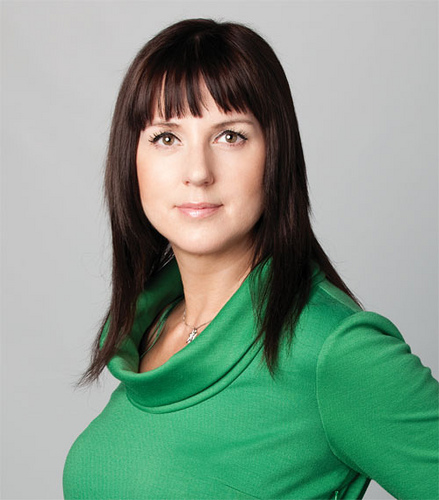 When I started The Next Web Canada, it had been after a long hiatus of reporting on the Canadian tech scene. So I thought a great way to get back into the scene, catch up with friends, and introduce you to some of the luminaries of the Canadian (and world) tech scene was to start a series of “Touching base with…” interviews with friends. My first interview is with my friend Tara Hunt who I’ve known online for years and met in person about five years ago at Mesh in Toronto. She is the author of The Whuffie Factor and The Power of Social Networking, as well as part of a new start up Shwowp. Oh, and she’s is smart, eloquent, and damn fun to talk to. I sent Tara these questions by email and here are her answers:

What have you been up to lately?

I’m living in Montreal these days working diligently on a new startup: Shwowp. I spend about 75% of my time working on Shwowp and 25% of my time still doing the occasional speaking gig, podcast or article (like this!). I thought that moving to Montreal would mean I could slow things down a little, but it didn’t quite work out that way! :)

Whuffie Factor came out in 2009, then The Power of Social Networking …. Any new books on the go?

I *was* starting to write a new book with the working title, “Happiness as Your Business Model” which got shelved when I met my co-founders and started pursuing my long-time dream of launching my startup. I have taken the existing book material and created a new series of presentations from it, though: Your Social Media Strategy Won’t Save You,Yes I DO Mind the Gap, Some of My Best Friends are Robots and I’m Eating a Bologne Sandwich and other updates that should blow your mind. The concept behind all of these is that, somewhere in the mad rush to adopt social media, people completely missed what made it so popular in the first place: humanity.
I may still write that book someday…or another one. But I’m loving the switch to startup mode. :)

You’re originally from Calgary, but when you moved back to Canada from Silicon Valley you chose Montreal. What excites you about Montreal?

I’ve lived in Saskatoon (born), Saskatchewan, Sundre, Alberta (raised), Brandon, Manitoba (brief stint for  a boy), Calgary, Alberta (University), Toronto, Ontario (big city move), San Francisco, California (exciting career move) and now Montreal, Quebec. Montreal seems exactly right for me at this point in my life. It is a culturally rich city with a fantastic startup/tech scene. It’s a walkable city, much like San Francisco. And it’s back in Canada so I can work on my startup without having to worry about work visas. I plan to move at least 5 more times in my lifetime, though. My ultimate goal is to live in a perpetual state of sand between my toes. :)
Canada will always be my home, though.

Michael Arrington recently wrote about women in tech on TechCrunch, as a leading woman in tech, what’s your take?

He makes some great points, for sure. And he misses some realities. I just wrote a post on privilege a couple of days ago to describe one of these realities. When I co-owned Citizen Agency with Chris Messina, I discovered the differential assumptions driven by gender in Silicon Valley. Both Chris and I were on the ‘softer side’ of tech (he being an interaction designer by trade and talent and me being a marketer by trade and talent), but people always assumed that Chris was a developer. We’d both talk technically in a room, but at the end of the conversation, the assumption would still be there about Chris being a developer. He’d even SAY “I’m not a developer, but…” and the assumption would still be there. Nobody ever mistook me for a developer.
I actually started out in University in a Computer Science program. I hated it because I was one of the few women in the program and none of the men wanted to team up with me (or the other girls) in the labs. I switched to a Liberal Arts/Social Science degree after my first year, mainly because I didn’t have to ‘prove’ myself there. But the truth is, I’ve had my own computer since I was 4 years old. My dad would buy me computer programming magazines and I’d write little games when I was 10. I could run circles around most IT guys in offices I was working at in the late 80’s and early 90’s. I had an internet connection in 1991/92, even though it took a good deal of technical knowledge at that point to get it working. I built websites for various clubs in my spare time during University. I had five or six Geocities sites of my own in the mid-90’s. I took courses in DHTML, Flash, Director (now defunkt) and Javascript and built interactive annual reports and corporate websites for clients post-University. Even on my blog, I’ve written more about APIs, web standards and data than I’ve written about marketing.
But whatever, I’m a marketer, right? That’s the assumption within 5 seconds of meeting me. The question I ask is, would people raise that barrier if I was a guy? Maybe. That’s what the articles miss. It’s not that anyone is ‘blaming men’ for the lack of women technologists. It’s that we are ALL socialized to make certain assumptions about someone within 5 seconds of meeting them…and gender plays a role. In these cases, the role of gender makes it harder for a woman to get respected in a technical capacity.

In the world of social media, what service do you use most often for business?

Common sense and empathy. Seriously. The tools come and go, but those are our constants. People forget that and look for some sort of silver bullet….and fail miserably, then blame the tools.

What about for fun?

Curiosity and mischievousness. :) Whether I’m checking in on Foursquare to get a badge or attract passers by, or uploading fun shots of a photoshoot with whipping cream to have some fun with my followers to Flickr or Tweeting silly things that come to mind that I post to make people laugh, it always comes from the perspective of: I want to meet new people and make them smile. Same goes for business, really. I don’t know why there is a distinction.

What Canadian company should we be on the look out for?

Ha! Lots! Starting with Shwowp, of course. :) I’m impressed with Tungle.me right now (fellow Montrealers) and Status.net is killing it (more Montrealers – they are being used widely as self-hosted Twitter solutions, brilliant). I also love what Sprouter is doing (Toronto) with community. I think the Canadian startup community is full of potential in general. There will be many of us grabbing attention worldwide in no time. :)

While I do have my own list of people I’m going to touch base with over the next while, leave a comment if there are particular people you’d like to read here.

Read next: The Next Web Podcast - Episode 26: Go Faster!