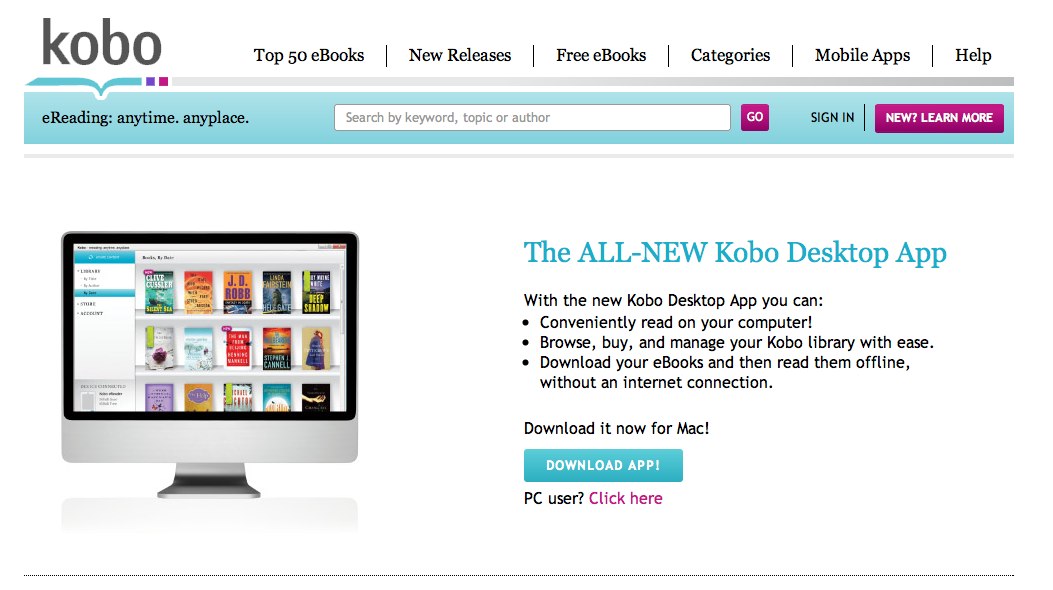 I’m a huge fan of Toronto-based Kobo. When I got my iPad I found that not only did they have more books than iBooks, but a better prices as well. I made sure that I had the Kobo app on my iPhone when I bought it so I could have my books with me all the time, but Kobo didn’t quite have all their bases covered until today. Today Kobo announced the release of their desktop app for Macs and PCs. This brings everything together with their device (Kobo Reader), mobile apps (iPhone, iPad, Blackberry, Android, and Palm Pre) and a desktop reader.

Like all the other apps, you sign into Kobo on the desktop app and all your books in your account/library are downloaded and updated for you. You can see from the screenshots below that my iPad, iPhone, and desktop all have things in order:

When Kobo launched their ereader, I think many dismissed them as a Kindle-also-ran, but with Kobo being included as the default ereader app on the upcoming Galaxy Tab, but I think Kobo is a strong contender in the ebooks market. Sure it has an uphill climb against market-leader Kindle, but I think  (at least in Canada) they have a good chance of becoming popular.

Now, would I read a book on my laptop? Yeah, not likely. It’s nice to have the option, but it’s not something I would do for pleasure. However, if you are reading a tech book, having the computer-based connection right there to help you…that could be a strong plus.

For now I know that I start on Zero History on my iPad and just keep going wherever I am.

Read next: Want to Attend MENA ICT Forum? Oasis500 Will Pick Up the Bill