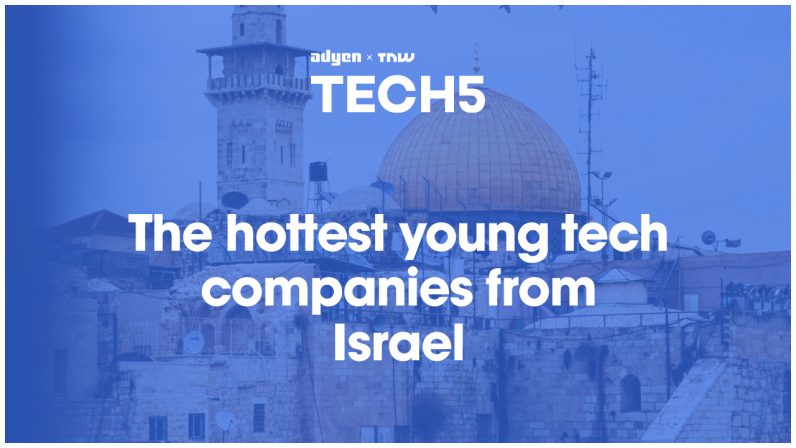 Israel is a nation full of booming tech startups. In fact, according to the 2018 Global Startup Ecosystem Report, Tel Aviv has more startups per capita than anywhere else in the world, earning it the reputation of being the Silicon Valley of the Middle East, or better known as Silicon Wadi.

At the same time, cities like Jerusalem are also producing their own tech unicorns. In 2017 Intel acquired Jerusalem based autonomous-driving company Mobileye for $15.3 billion.

The combination of world-class technological educational institutes and large investments into the research and development of cybersecurity, deep technology, and infrastructure have made it a hotspot for innovation in new tech. Now around 15 percent of all venture capital funding in cybersecurity goes to Israeli tech companies.

In this high tech environment companies such as eToro have found great success, enabling it to become one of the leading forces behind technological advancements within blockchain. It’s no wonder so many promising startups are springing up in Silicon Wadi.

Today we highlight Israel. We did our research, consulted with our advisory consortium of 100 investors, influencers, entrepreneurs, and experts across Europe and selected the five hottest young Israeli scale-ups.

Find out who Israel’s hottest young scale-ups are:

As each day goes by, we seem to be getting closer and closer to having fully autonomous vehicles, especially with the likes of Tesla adding semi-autonomous software to their cars. Arbe has developed a fully functioning Imaging Radar that provides automotives with 4D high-resolution imaging. Their technology is fully patented, and offers advanced sensing even for level 4 and 5 of autonomous driving (this is much better than Tesla’s level 3 of autonomy, even though some critics still claim it to be at level 2). They’ve raised more than $21 million since they were founded in 2015 and it doesn’t seem to be stopping there anytime soon.

The further humanity dives into the realm of Artificial Intelligence, the more use cases seem to benefit from AI. Forter is no stranger to this, having developed a powerful AI algorithm that assists in fraud prevention. Their solution offers a database of more than 240 million individual identities that can be used to differentiate fraudsters from good customers. They’ve received numerous awards and accolades for their achievements including being listed on Forbes Top 50 Fintech companies and CBInsights Fintech 250 list. Since its inception in 2013, they’ve managed to raise over $100 million in funding, with the most recent addition being in late 2018, with a round of $50 million.

Finding the right place for your growing startup can sometimes be tricky. Mindspace is a global boutique coworking space that you’d feel proud to call your office. They provide you with the space you need to really grow your business, make your employees happy, recruit top talent and show off to your customers and investors. They offer spaces for single people, offices for small teams, and suites for teams of 30+. Their spaces are located centrally in some of the top cities around the world for tech startups and offer things like meeting rooms, event spaces, fully stocked kitchens, and activities curated for the community. They are known for their exceptional member service and are accessible 24/7. Last year alone they opened 16 new locations, bringing their total to 28 unique coworking communities around the world. Since 2014 they’ve managed to raise over $75 million in funding.

You know those hours you spend in a bra store awkwardly asking the saleslady for yet another size because none of the ones you picked actually fit? And then finally, after you’ve found THE ONE ultimate perfect bra, you come back again to buy another one and realize they stopped making them… Brayola is here to make this seemingly hellish process a piece of cake. They analyze the shopper’s favorite brand, size, and style and suggest bras that will best fit their preferences. The company has been a hit in Israel and is now scaling internationally, with its new global site. Over the last few years, they have experienced an impressive revenue growth and are now hosting over 100 brands on their website.

We’re about to get a bit technical here but bear with me as this next startup has created the ultimate platform to assist you with your cloud workloads. Spontist has developed a cluster orchestration and scaling service for DevOps teams around the world. Their goal is to simplify cloud operations, while at the same time, potentially saving you up to 80% on computing costs. They work with all sorts of companies, from massive fortune 500s to your average small startup, they are committed to improving the DevOps cycle for everyone. Now I hope this all makes a bit of sense but something we can all definitely understand is their funding rounds. Since 2015 they’ve raised in excess of $52.6 million with the most recent round (2018) valued at $35 million.