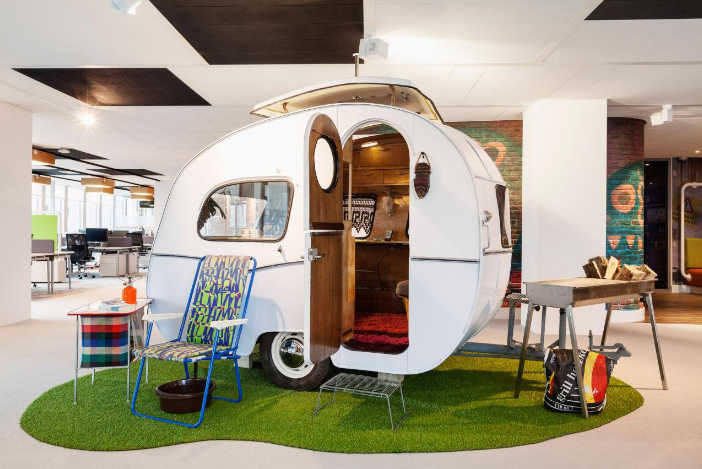 Exactly six years ago, we did an internal survey in our company with the goal of finding out the preferred place to work for each individual when it came to doing an important job efficiently.

The results were surprising and definitive: None of the 34 members of our team chose the office.

That is, when a job that calls for maximum concentration and creativity – whether it be designing a web page, programming a new functionality for your software, developing a financial report, or even writing a sales proposal – the places which were chosen the most and continue to be chosen today are:

Furthermore, in a study carried out by FlexJobs, based on 2,600 interviews, 76 percent of workers prefer to avoid the office when they have an important job to do.

So, why do you continue insisting that your employees go to the office every day?

If you think they do their job correctly because they go to the office every day at 9 and remain in front of their computer till 6, this is nothing more than a false sensation of control.

Just because they are at their desk all day long does not mean that they will do their best work, both in quality and productivity.

The key to increase productivity is not to have an office where you can control your employees, but to eliminate all the distractions that they may have. In order to be productive, a person needs on average between three to four continuous hours without interruptions.

An example so that you can visualize this even better is if we compare it to sleeping. If you go to bed at night and for one reason or another someone wakes you up (interrupts you) every hour, by the time morning comes you can hardly say that you slept well. The same exact thing happens at work.

Creative people like writers, programmers, designers, engineers, etc., need extended time without interruptions in order for them to achieve an optimal level of creativity.

In this article from the Washington Post it can be seen that up to six hours per day are lost due to interruptions. In conclusion, you are forcing your employees to go to an office so that they can be productive for only two hours (losing 75 percent of their time!).

The ideal is to have three to four continuous hours without interruptions in the morning and then after a lunch break, another 3 to 4 hours in the afternoon. This is the optimal point for reaching maximum productivity with your employees.

But, in order to do this, you need to eliminate all the interruptions which they are enslaved in. This is your job and responsibility.

What are the three greatest interruptions to destroy?

The starting point is in eliminating email.

Email was created at the beginning of 1970 and it was definitely not designed for the functionality that you are giving it today.

The problem is that emails generate a “push” interruption in your daily work. This means that when someone wants something from you, they send you an email which interrupts your flow of advance.

In our company, we began using an administrative tool for projects such as Basecamp, Asana, or Slack provide. The goal for this is that when someone is contributing to and working on a project, instead of giving a “push” with email and thus distract the other person from their work, in reality they make a “pull” and retrieve information directly from the place where everyone is working together on the same project.

Additionally, the problem with emails is that all the information remains enclosed between the sender and receiver. It is communication that remains behind closed doors.

When a new team member wants to join in on a project, they won’t have to bother another person in order to know the state of the job and the way the project is advancing, who would have to in turn send hundreds of emails in order to catch the person up to speed.

Simply by logging onto the platform and searching for the corresponding project, they will find everything they need in order to begin working.

As shown in this infograph, $37 Billion Dollars are lost each year in the United States alone because of unnecessary meetings. Where employees spend more than 60 hours per month in unproductive meetings (with half of those being considered by them to be a total waste of time).

The problem with meetings is that they are created by people who live from one meeting to the next (yes, you guessed it, managers!).

The ones who do the productive work are the programmers, designers, etc. They need to have a work schedule with no meetings in order for them to reach their maximum level of productivity. If, for example, they sit down to program and after one hour you interrupt them for a meeting, they not only lose the time that they were in the meeting, but also that which is required in order to regain concentration and pick up where they left off.

If three programmers and a designer go to a meeting lasting one hour, it’s not just one hour that was lost, it was four hours that were lost for your company!

If this is a daily meeting, it is almost as if you have to hire one other programmer just to recuperate the time and productivity wasted.

The best way I can share about how to eliminate meetings is based on the experience of our own company. First we started by reducing the time of the meetings and the number of people involved, setting maximum limits, until we finally came to a point where we decided to do a one-month trial without meetings, and from then on we never went back.

If you would like another reference point on how to eliminate unnecessary meetings, you can read this reflection shared by Jeff Weiner, CEO of LinkedIn.

Another reference point is this article by The Economist, where a study showed that a factory was able to save the equivalent of eliminating 200 jobs just by limiting meetings to a maximum of 30 minutes and people people per meeting.

The third source of interruptions to eliminate are the directors of the project.

If a project’s information is stored in a place where it can be accessed freely by all of the employees and you don’t have any more meetings, then what is the use of having bosses?

Engineers shouldn’t have to be supervised by managers with limited tech knowledge.

Historically, the function of a boss was to make sure that the whole project and each one of its parts (the employees) were on the same page and advancing properly together.

But today, with the all the technological advances, it can be clearly seen when a project is advancing on time and in order, and even when its members are doing their job as they should.

Working without emails, meetings (both by phone or physical), or bosses, you will go from having synchronous to asynchronous communication. This means that if someone needs something from you they will have to communicate strictly by text using the project management tool while you’ll respond to after a few hours of uninterrupted work.

Furthermore, in not having an office, you’re able to have a competitive advantage in the fact that you are not limited to a specific geographical space. Therefore, you’ll not only be able to hire excellent professional talent in another city or country, but if one of your team members needs to relocate, they won’t have to stop working for you.