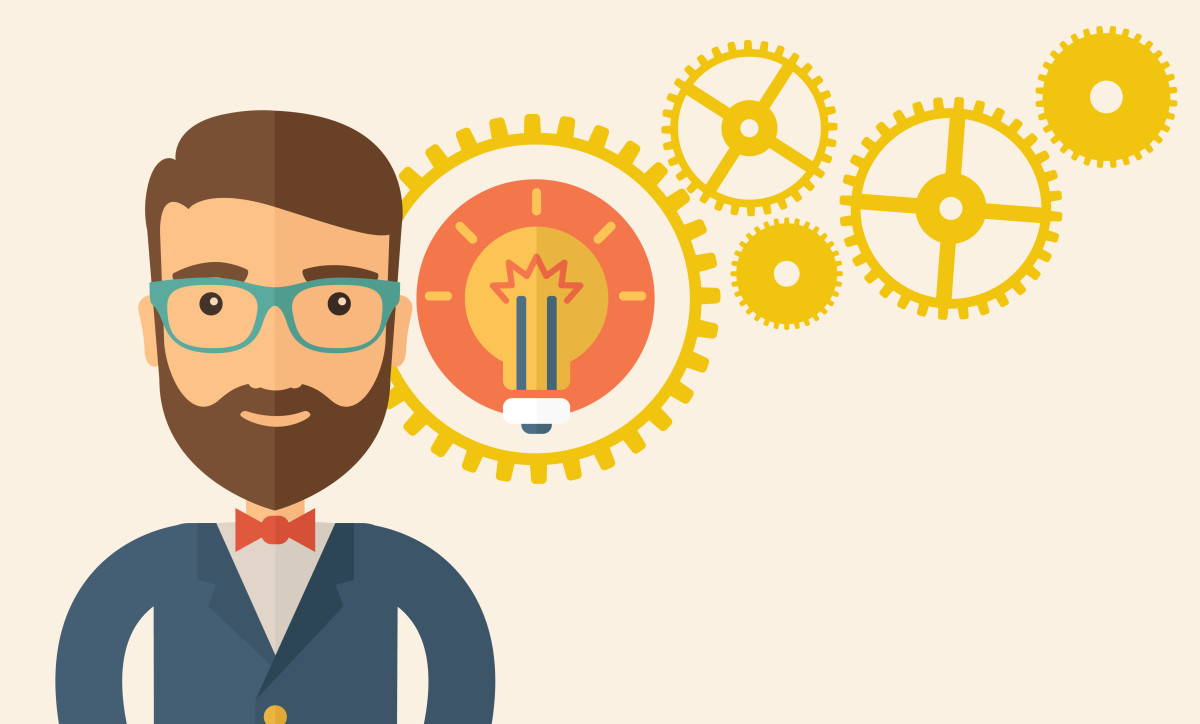 Here’s to the crazy ones. The misfits. The rebels. The troublemakers. The round pegs in the square holes. The ones who see things differently. They’re not fond of rules. And they have no respect for the status quo. You can quote them, disagree with them, glorify or vilify them. About the only thing you can’t do is ignore them. Because they change things. They push the human race forward. And while some may see them as the crazy ones, we see genius. Because the people who are crazy enough to think they can change the world, are the ones who do.

It was true almost 20 years ago when Apple ran its “Think Different” ad and it’s still true today — the businesses who are crazy enough to think they can change the world are the ones who do.

Here are six companies that changed the business game by breaking the rules and doing things differently. Be inspired by their innovations and meld them into your business – adding your own dose of “different” to the mix.

Although you can purchase virtually anything from books to auto parts online, eyeglasses remained something that you have to buy in person, because you needed to try them on to make sure they look good and fit correctly. Then along came Warby Parker.

Company founders circumvented traditional retail channels. Instead, Warby Parker offers home try-on program through which customers can order up to five pairs and send back the ones they don’t want with no obligation. Something people always thought you had to go to a store in order to accomplish can now be done in the comfort of one’s home.

Expanding on its original business model, the company now has 10 stores and five showrooms scattered around the US. Opposite of how many companies grow their business — brick and mortar to e-commerce — Warby Parker sees the innovative door as wide open for the brand name. In the near future, the $1.2 billion-valued company could revolutionize optometry and allow consumers to conduct their own eye exams through their smart phones.

In a world that is hyper focused on convenience, Blue Bottle is thinking differently by focusing on craftsmanship. Blue Bottle is on a mission against the punch-n-go K-CUP and the commoditized choices of Starbucks. Check your grande habit at the door and settle in for an experience.

Each cup of coffee is meticulously created with the “pour over” brew method; Blue Bottle was (and continues to be) a leading force for revitalizing the vintage Chemex way of making coffee. Watching the barista slowly douse grounds with perfectly tempered water becomes a sort of three minute hypnosis session. Consistency is not guaranteed due to the small batches and rarity—a differentiating factor from the fast, faster, fastest coffee of the modern age.

Started by James Freeman at the Berkeley Farmers’ Market, Blue Bottle has blossomed over the past decade with a particular sense of devotion behind the cup of not-so-regular joe. Step into one of the company’s 22 minimalist locations located in the Bay Area, LA, NYC and Tokyo, and you won’t find freelancers typing furiously, rarely looking up from their laptop screens. Taking sweet, caffeinated time to have a conversation and find a connection is just another theme brewing at Blue Bottle.

Parking in a dense city center can be extremely frustrating. Circling blocks looking for street parking or a garage that’s not full can be like trying to find a needle in a haystack. But now, with Luxe, parking comes to you. It’s as simple as pulling up to a hotel where a valet parks your car, but now the hotel is the city of Los Angeles.

Open up the free Android or iPhone application and set the pin of where you’re going to be. A valet greets you and parks the vehicle in a secure spot. Tap the app again when you want to be picked up (anywhere within the service area) and the valet will bring the car right to you. If you need your automobile washed or refueled, they’ll do that too.

Payment on the app is easy and surprisingly cheap with an average cost of $5 an hour, although rates do vary by city (tip not included).

It used to be that designer furniture was only for the rich, or ultra trendy. But Ikea changed all that. By changing traditional distribution models, the company makes stylish, modern furniture available to the masses.

Standing proud in its blue and yellow glory, the Swedish-based business’ floor plans guide customers through a maze of decorated showrooms. You can walk through doorways, open drawers, sit on the bed; you can imagine yourself with this armoire.

What’s different about the Ikea experience is that you bring the furniture home and assemble it yourself. And it’s a fraction of the price of shopping elsewhere.

The “sharing economy” has fundamentally changed the way we think about cars and houses, but what about personal items, like clothing or accessories?

For most people, buying designer frocks is not practical or financially feasible. But when the rack price is reduced to a rental rate – a fraction of the original cost – suddenly it makes sense. Rent the Runway has made the concept of “designer” fashion more accessible to the masses for holiday parties, weddings, birthdays and hot dates.

Dresses are the focus of Rent the Runway but jumpsuits, coats, tops and bottoms are also up for rent. The company fills a niche in the modern perspective — it’s not as important to own things as it is to have a myriad of experiences. Most of its five million users rent online (all orders are shipped from a warehouse in New Jersey), but some are hitting up the four storefronts in NYC, Las Vegas, Washington D.C. and Chicago.

The company, co-founded by CEO Jennifer Hyman, also offers a subscription service. For just $99 a month, users can pick three pieces which they can keep as long as wanted or needed. The user then trades in up to three of the items for something new. There’s free shipping both ways and all items are insured, plus Rent the Runway takes care of the dry cleaning. It’s like raiding your roommate’s closet… if your roommate was Kate Hudson or Kendall Jenner.

Who says you can’t be green and stylish at the same time?

Founded in 2003, Tesla breaks the eco-centric mold for all other manufacturers. Its mission – drive off into the California sunset proving that electric cars were better than gas-powered vehicles. Not just a hybrid, but rather a complete shift in how we view what cars are and what they’re capable of.

First came the Roadster, setting a new standard where cars could drive up to 245 miles per lithium battery charge. The Model S followed with the Model X ready for early 2016 delivery.

Everything about Tesla is branded with sleek modernity in mind—the superchargers, service centers and the under construction lithium ion battery pack producing gigafactory. The company proves that you can support a more sustainable world while still enjoying brilliant design.

The above companies were not afraid to break free from the traditional business box. From blazing trails in their industries to making their mark in an untapped niche, they were able to produce new business models and change the world in which we live.

Read next: 6 personalities in every office – and how to manage them

This post was brought to you by desk.com the fast, awesome customer service app for small business