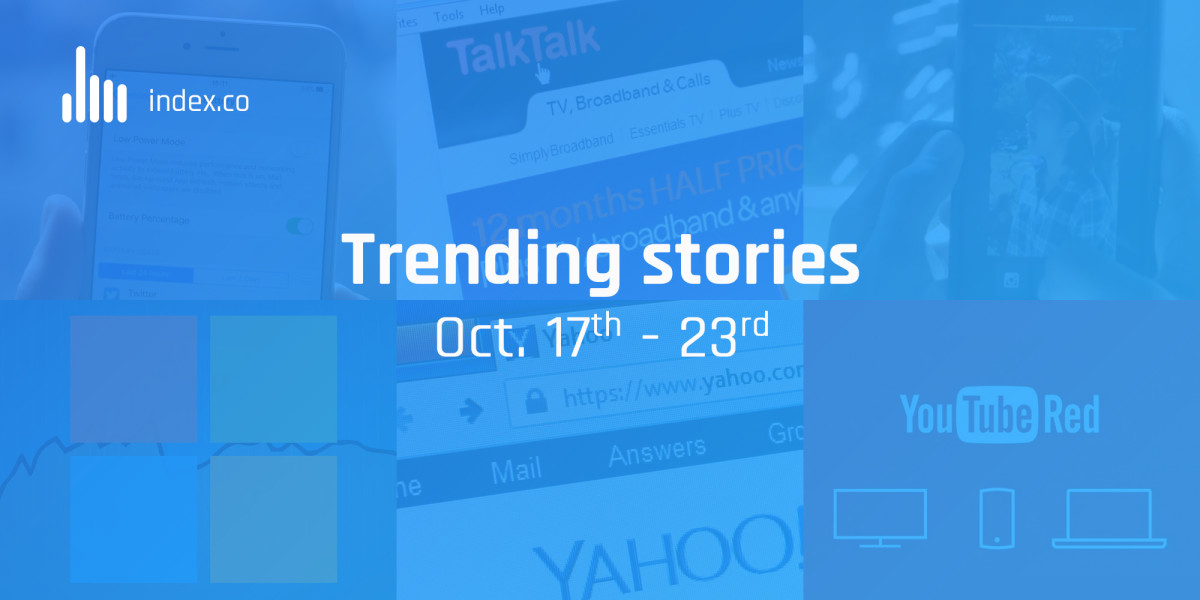 Hot on the heels of last week’s monumental Dell/EMC acquisition, another high profile tech deal made it onto the top 50 tech acquisition of 2015. Western Digital acquired SanDisk in a deal reported to have closed for $19 billion, making Western Digital one of the biggest manufacturers of hard drives in the world.

Besides high-profile deals, however, plenty of other activity was unfolding in tech. Before you leave the office for the weekend, let us quickly recap the week’s events. We picked out the need-to-knows from the stories that made the top of Index’s algorithms for you.

The week in numbers

This week Index logged 156 funding events and 25 acquisitions, with the median investment size standing at $2.3 million, a decline of 25% since last week. The biggest funding round was a $700 million Series E investment hauled in by Yidao YongChe , which has put the Chinese Uber rival in the ranks of the unicorns at a $1B valuation.

All-seeing unseen data analysis company Palantir raised a $100 million dollar round in private equity from an undisclosed investor. The company has raised $1.67 billion in total funding to date.

Honestbee , an on-demand grocery delivery company based in Singapore, raised a $15 million Series A round led by Formation 8.

Pyramid Analytic , a software company developing advanced systems for analyzing business processes, quadrupled its total funding thanks to a $30 million series B round from Viola Private Equity and Sequoia Capital.

Data visualization startup Periscope Data (not to be confused with Twitter’s Periscope) reeled in a sizable $9.5 million series A round to build out its data scientists’ toolkit. The round was led by DFJ’s Josh Stein.

Yahoo will now Google your search queries [The Next Web]

Read next: Steve Ballmer: 'Microsoft will give Apple a run for their money'