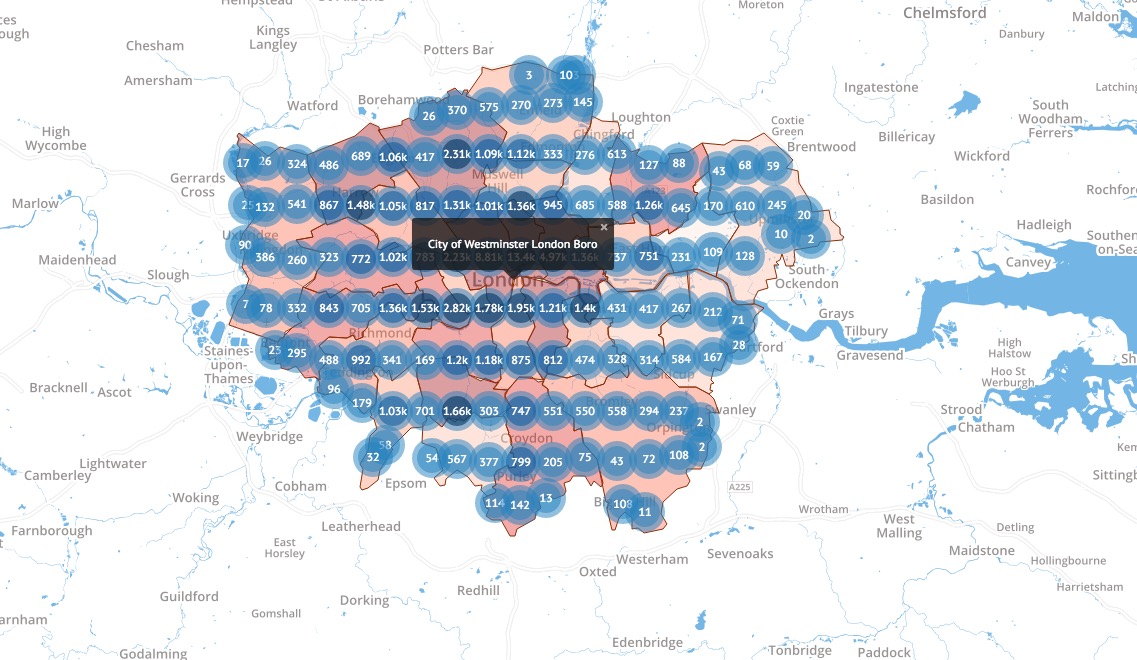 London’s tech companies have an annual turnover of £153 billion, according to a new interactive map released the week.

Tech Map London attempts to discover how many science and tech businesses there are in the British capital. Using data supplied by Companies House – a repository for all registered businesses in the UK – the map reveals there are a staggering 94,000 of them located inside London’s 32 boroughs.

The top tech districts are Westminster, Camden and the City of London. Surprisingly, Shoreditch, the home of Silicon Roundabout and Google Campus is not in the top three. But that’s down to the way London’s boroughs are divided, with Shoreditch stretching across Hackney, Tower Hamlets and Islington.

Digging deeper, tech employs some 700,000 people, but turnover in the past year is down 5 percent. The biggest money earner in the sector is publishing and broadcasting making up half of the pie, followed by digital tech with a quarter of revenue. However, when we zoomed in to some of the boroughs, we found some of the businesses connections with technology are a bit dubious. For example, when I zoomed in to Tower Hamlets I found a Russian fish company.

In Haringay I found a sixth form college and a book publisher. The map was commissioned by the Mayor of London, so this could be a slightly cheeky attempt at bolstering London’s profile as the tech-hub of Europe.

Only three tech companies made the top 10 list: TalkTalk. Fujitsu and Sony. Mind Candy, the creators of Moshi Monsters, barely makes the top 25 with an annual turnover of £753 million. Although that might be about to change, if our recent investigation is anything to go by.

Read next: MapQuest wants you to love it again