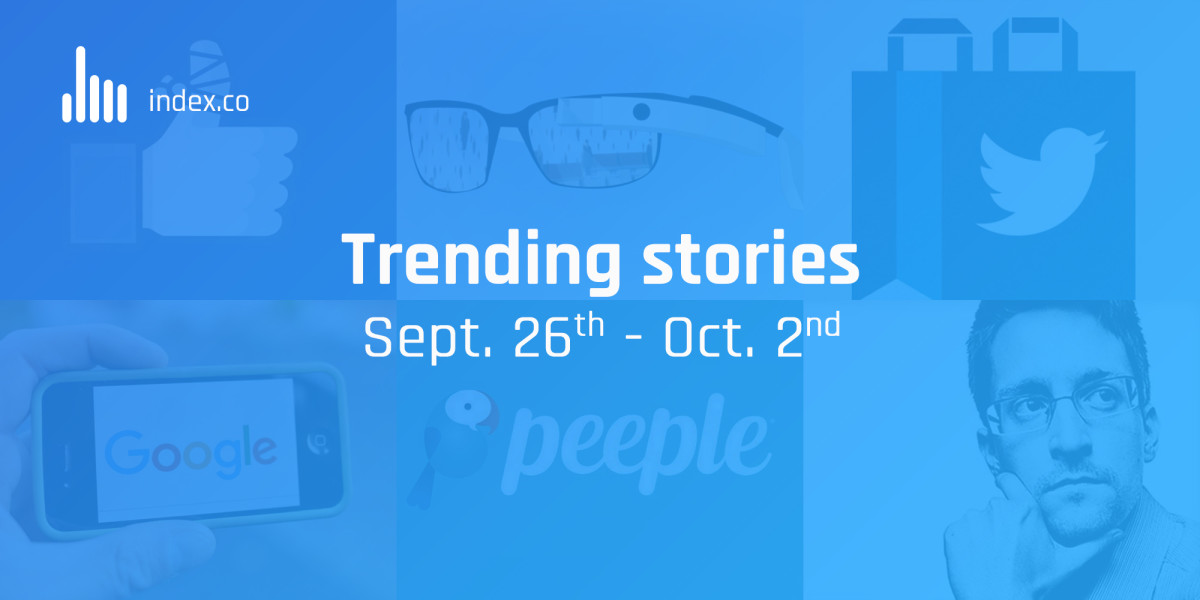 It’s been a big week in tech news. Google held their annual Nexus event, and the world of tech media was set abuzz with the announcement of the acquisition of Business Insider by German media conglomerate Axel Springer. The deal went through with the New York-based publishing business worth $442 million.

In case NASA’s discovery of evidence of flowing water on Mars had you too excited to keep up with other news this week, let us recap the week’s need-to-know headlines and funding events for you.

The week in numbers

This week Index logged 167 funding events and 32 acquisitions, with the median investment size standing at $3.2 million. The biggest funding round was a $1 billion Series E hauled in by lending marketplace SoFi.

Blogging platform Medium raised a $57 million Series B led by Andreessen Horowitz, bringing their total funding to date up to $82 million.

Thumbtack, a platform for professional service providers to market themselves, raked in a $125 million Series E, claiming its place among the ranks of the Unicorns.

Provider of digital banking products for the underscored, Kreditech, collected a $92 million Series C round led by J.C. Flowers.

Wheels Up, a cost-effective private aviation platform, reeled in a $115 million round from T. Rowe Price.

It’s not just Facebook that goes down: the cloud isn’t as robust as we think [The Next Web]

Read next: Radical.fm now lets you broadcast tunes and chat with listeners on your own station