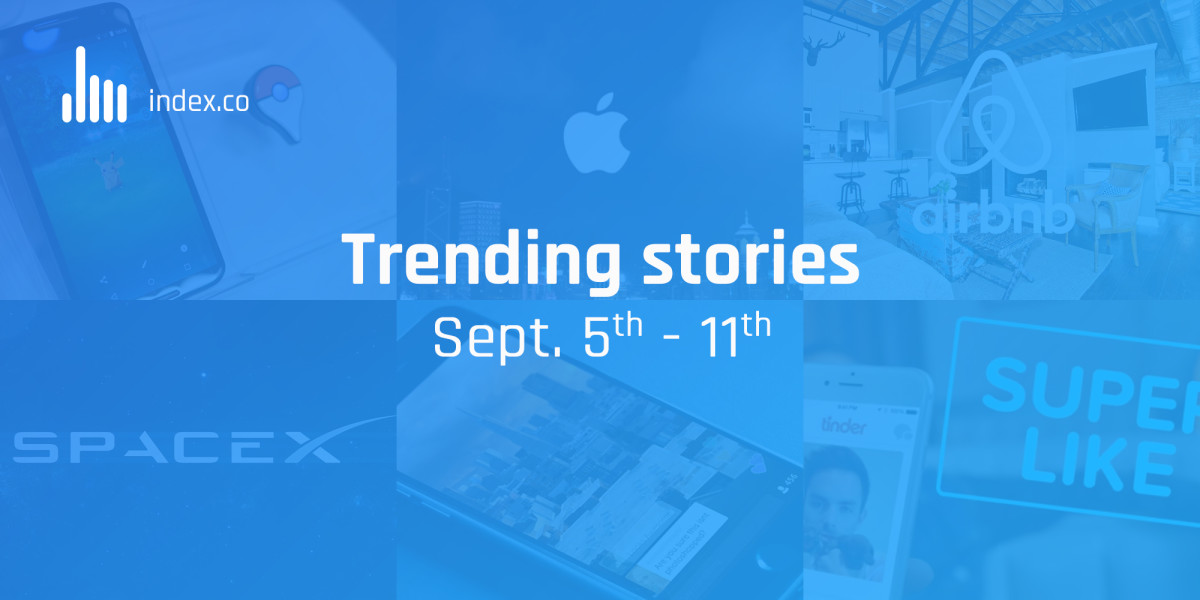 Much of the week’s news has been overshadowed by coverage on industry juggernaut Apple’s “Hey Siri” event. Should you need a recap of that, we’ve got you covered.

Missed the livestream of the #AppleEvent? Find ALL the coverage here 👉http://t.co/kcpgeYmO7i pic.twitter.com/MEbI4BkD2K

Despite all eyes being focused on Tim Cook et al. for two hours on Wednesday, the rest of the tech world kept on turning.

Before you leave work for the weekend, let us quickly recap the week’s events. We picked out the need-to-knows from the stories that made the top of Index’s algorithms for you.

Index recorded 146 funding events and 40 acquisitions this week. The median amount raised by tech companies was $1.9 million, 24 percent less than last week. The largest investment round was raked in by Chinese Uber rival Didi Kauidi, which received $1 billion in private equity just one week after Uber China received an equally sizeable investment of $1.2 billion.

Secondhand clothing marketplace ThredUp hauled in a $81 million Series E round from led by Goldman Sachs. The company has raised $131.1 million to date.

With Pokémon Go, Nintendo is showing that it takes mobile seriously [The Verge]

Everything Apple announced at its September 2015 event [The Next Web]

Track what’s happening in tech throughout the week on Index, or sign up for our weekly digest of the biggest stories in tech.

Read next: 21 of our favorite typefaces from August 2015