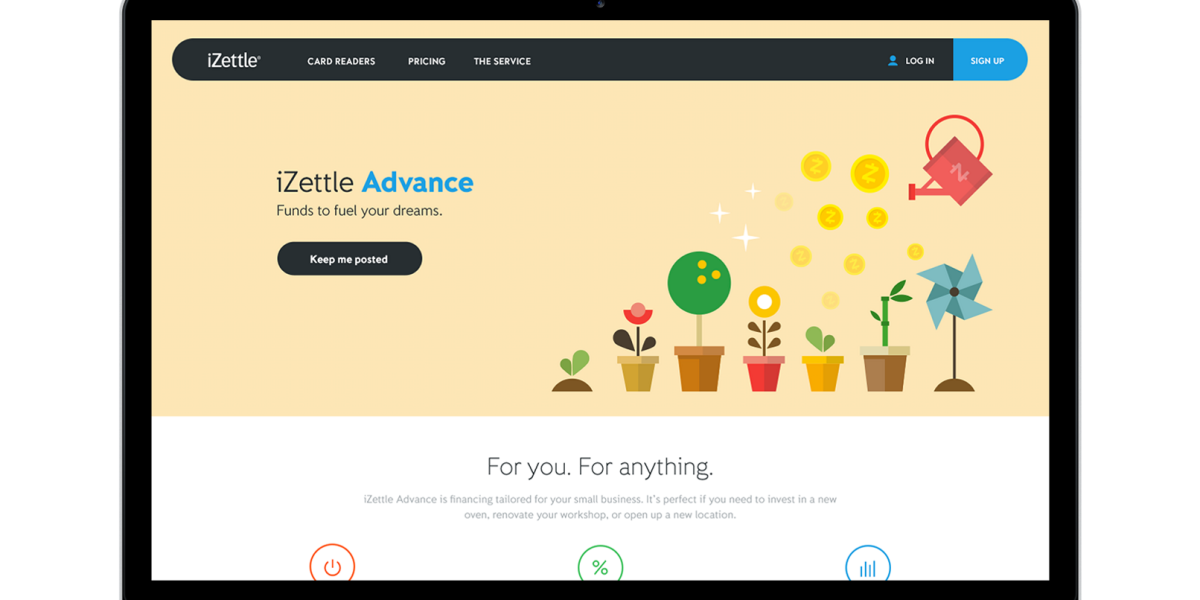 Surviving as a sole trader or small business isn’t an easy task – balancing the cash flow against your expenses can often leave you short just when you need it most.

To tap into this potential for further profits, Square launched its ‘Capital’ loans service in the US back in May last year. Now, Europe is finally catching up with the introduction of iZettle Advance, which essentially performs the same function.

The service allows iZettle customers to get an advance on card sales up-front, which is then paid back through paying a portion of your daily card sales. iZettle says that because all credit limits are pre-approved for each business, there aren’t any forms or applications to fill in.

It added that the service has a fixed-fee, so there won’t be any nasty surprises. It also doesn’t attract additional fees if paying back the cash advance takes longer than expected.

To underwrite iZettle Advance, the company raised an additional €60 million in a Series D funding round led by previous investors Intel Capital and Zouk Capital.

Read next: Here's what will happen when the new iPhone is announced: Apple is too predictable