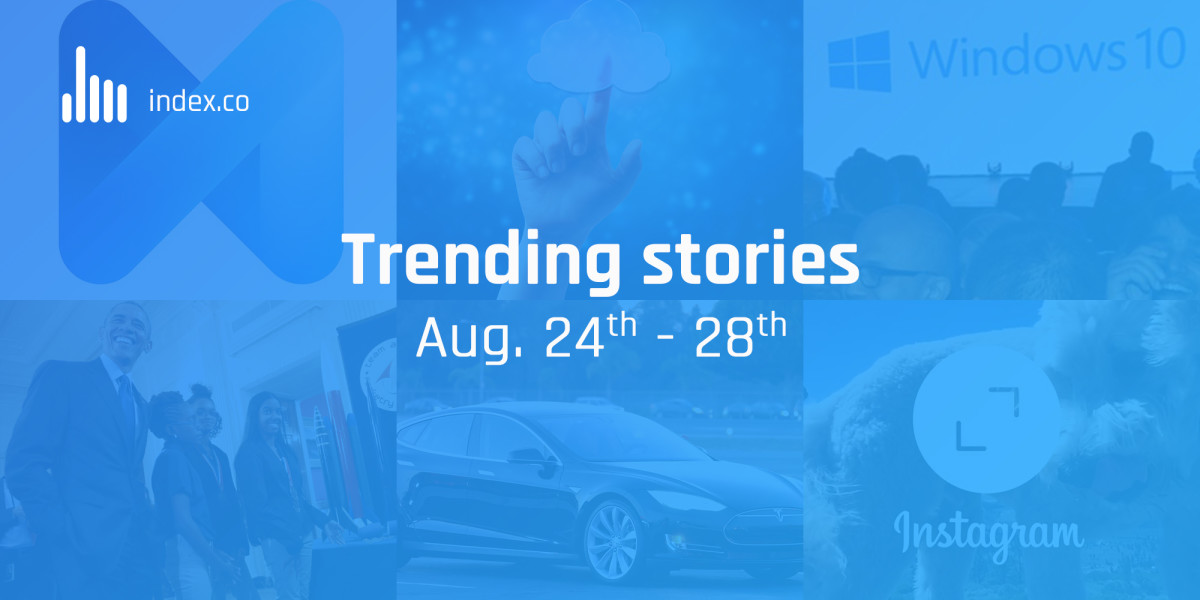 The last week of August has been a roller coaster, filled with both great and not-so-great news for some of the biggest names in tech. The news cycle stops for no one, but we take some time out every Friday to bring you the week’s highlights.

So before leaving the office, let us quickly recap the good and the bad. We picked out the need-to-knows from the stories that made the top of Index’s algorithms for you.

Monday started off the week on a rocky note. Various sources reported significant downturns in Facebook (-12.1 percent), Google (-6.5 percent), Microsoft (-5.8 percent) and Apples‘ (-10 percent) share prices when the market opened, compared to the closing prices from the previous Friday.

Index recorded 127 funding events this week. The median investment was $1.7 million, a decrease of 15 percent compared to last week. The largest investment was hauled in by Uber’s China affiliate, constituting another giant $1 billion round for the company.

ServiceMax, the mobile field-service company, raked in a late-stage $82 million Series F round to help its growth and expansion. The round was led by Premji Invest, and brings the company’s total funding to $204 million.

Instagram photos no longer have to be square [The Next Web]

Read next: 10 usability considerations for your mobile app