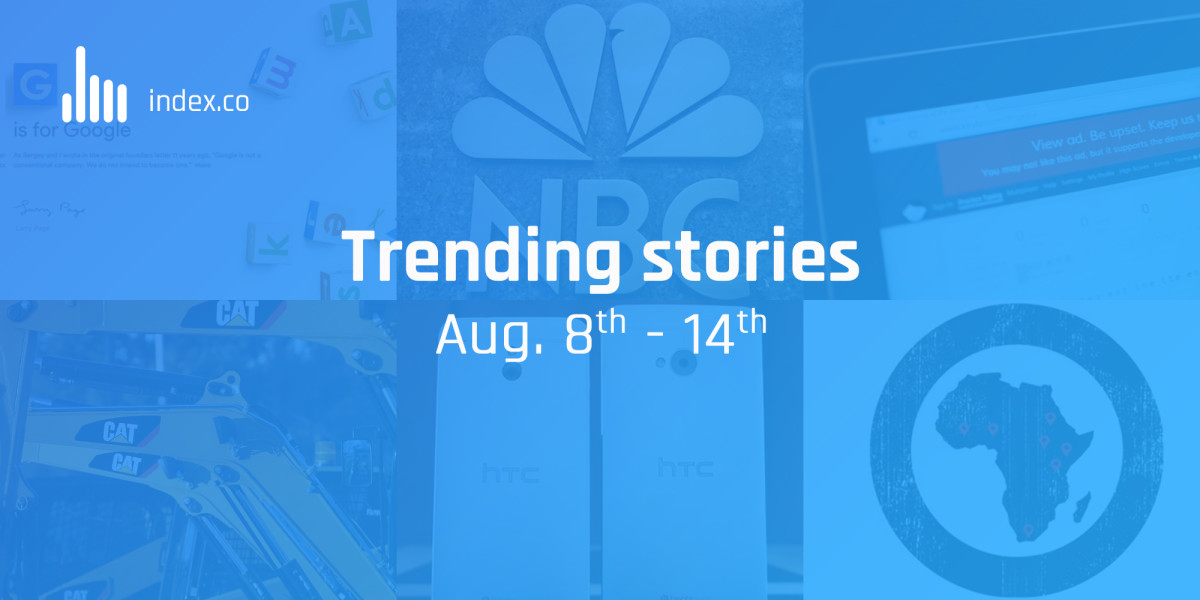 This week in tech news has been huge. A market-shaking announcement in Google’s restructuring spiked the company’s stock by 6 percent.

You probably didn’t miss that one, but if you’ve had a busy week we’ve got you covered with a collection of the most important tech news snapped up by the Index algorithms:

NBC Universal’s investment $200m in Vox Media was confirmed, with a $850 million pre-money valuation. Vox has raised about $300 million to date.

Smart glass company View hauled in a $150 million round from various investors. Its total funding collected to date has hit $460 million.

Adobe and Pagefair report says 198m people block ads, costing publishers over $22B this year [The Next Web]

Code for Africa gets $4.7m boost from Bill and Melinda Gates foundation [memeburn]

Track what’s happening in tech throughout the week with Index.

Read next: The Fundraising Field Guide is a self-help book for capital-seeking startups