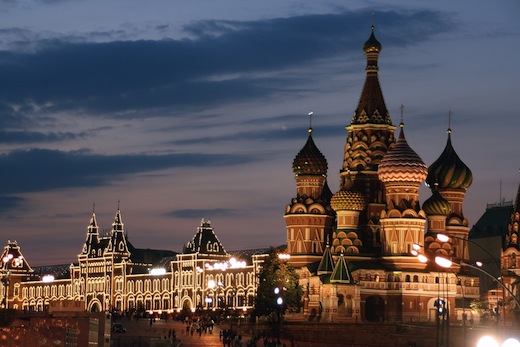 (Editor’s note: this is a guest post by Ruslan R. Fazlyev, founder and CEO of Russian ecommerce software firm Ecwid – you can follow him on Twitter here.)

Russian online businesses are buzzing with concerns over yet more legislation that increases government restrictions on the Internet.

The Russian Parliament (“the Duma”) has proposed a bill that requires explicit government approval of foreign investments in Russian Internet companies with more than 20 million users. The approval should include FSB (former KGB, the infamous USSR intelligence agency and secret police), the Ministry of Defense and the Federal Antimonopoly Service.

While the best translation for “duma” into English would be “think tank”, the Russian Parliament seems to act more like a tank than its members think lately. And when it comes to the Internet, we are no different from the rest of the world.

SOPA in the US, and the Cookie law in the EU cause anything from constant nuisance to massive troubles for the Internet’s biggest companies and small startups alike. Whenever MPs announce new “Internet legislation”, netizens should be worried.

SOPA was stopped (for now). The EU Cookie law caused a lot of discussions but was ultimately approved. Millions of website owners and publishers have to re-haul their sites adding an extra click.

The Moscow perspective is different. With United Russia in power, there aren’t many obstacles for the approval of proposed bills. Regardless of amount of backlash, bills offered by the President’s Administrations tend to get approved.

The government has interfered with Russian Internet M&A deals before, for example blocking Google’s acquisition of contextual advertising company Begun in 2008 with rumored direct involvement of Mr. Putin.

Nevertheless, the reaction to the proposed bill from the Russian Internet companies seems to be largely exaggerated to me. Let’s look at the bigger picture: it’s not a new legislation proposal.

It’s an update to another bill that limits foreign investment in Russian mass media (“due to national security concerns”). In addition to the mass media companies, the restrictions are now to extended to Internet companies with more than 20 million users, of which over 50 percent have the Russian nationality.

Russia simply doesn’t have a lot of that companies of that size. However, Russia’s biggest social networks, email and instant messaging services are well within that scope. This legislative initiative comes hand-in-hand with another proposed bill: a law that would crack down on street protests, limiting the rights for public gatherings.

The peaceful protests that have become widespread in Moscow as Putin has returned to presidential seat are coordinated online. With 100,000 people on the streets, the government has realized the importance of control over the social media – hence the new bill.

Bad news for VCs investing in Russian social media: IPOs and acquisitions have just become even more complicated. But for the rest of the Russian tech industry, it’s business as usual, really.

Most global tech companies originating from Russia have their Intellectual Property and servers registered abroad. Their Russian offices act merely as development centers. They have no direct relations with consumers and therefore are way below the 20 million threshold, making them largely unaffected by the new legislation.

Just another day in the Russian IT industry.

Read next: Kindle competitor Kobo announces a year of triple digit growth as it gears up for global expansion