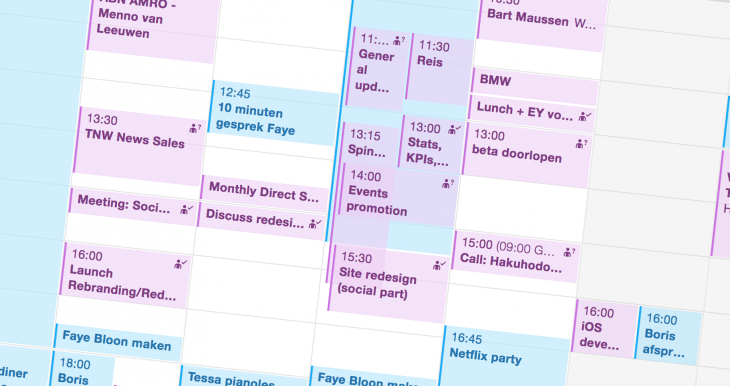 When I was a kid my father had a friend who didn’t have a job, a wife, kids or a hobby. He just stayed at home and listened to the radio and read his newspapers. He was odd, maybe even crazy, but he was also an old friend and my father had dinner with him once or twice a year.

The process of making an appointment with our friend was always the same. My father would propose a date over the phone, like next week, and his friend would check his agenda and say that next week wouldn’t really work for him. My father would laugh and tell him ‘you have nothing to do! Why is next week difficult’. His friend would reply ‘Well, I’ve got an appointment to get a haircut on Tuesday, so want to save some space around that.’

Okay, so he was crazy. But I had a similar experience a few years ago with some friends of my own. I was traveling and was arriving back at home on Friday night. I was leaving again on Saturday evening so figured I had a few hours on Saturday to meet some people. I checked in with my friends and one of them told me ‘No I can’t, we arrived back from a trip on Wednesday and still haven’t really unpacked our bags, so I want to reserve some time for that this weekend’.

At that time I was very busy with my company and was scheduling my day in 10 minute increments. One day I called a friend because I knew I had 20 minutes left before a meeting later that day and I figured we could have a quick coffee. My friend declined because he had an appointment 3 hours later that day.

I don’t think I’m more efficient with my time than others. I do think that everybody is always busy. You fill your time with the things you have to do. If you only have one meeting a week, then that meeting will occupy your mind. If you have 12 meetings a day, you might still find time to have a 13th.

Everybody is busy. No matter how little or how much they have on their plate. The goal isn’t to be less busy but to get more value out of the time you have.

Read next: Top Deals of The Week - Get 10% off EVERYTHING at TNW Deals this weekend